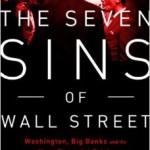 END_OF_DOCUMENT_TOKEN_TO_BE_REPLACED

And we re-air our 2010 interview with journalist David Shenk about his book The Genius In All Of Us: Why Everything We’ve Been Told About Genetics, Talent, and IQ Are Wrong.

END_OF_DOCUMENT_TOKEN_TO_BE_REPLACED

Dr. Brad Spellberg talks about his book Rising Plague: The Global Threat from Deadly Bacteria and Our Dwindling Arsenal to Fight Them. And Edward McClelland discusses the death of the labor movement, the destruction of the middle class — and what comes next for the Rust Belt. His book is Nothin’ But Blue Skies: The Heyday, Hard Times, and Hopes of America’s Industrial Heartland. END_OF_DOCUMENT_TOKEN_TO_BE_REPLACED 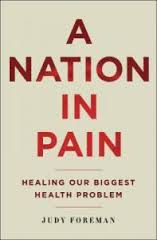 Judy Foreman talks about America’s biggest health problem — chronic pain. Her book, A NATION IN PAIN, is a comprehensive and fascinating exploration of what chronic pain is, what’s wrong with how our nation treats it and better ways to treat it, including a saner approach to pain medication and non-drug treatments like massage, acupuncture, exercise and meditation.

The book’s central thesis is that chronic pain is a disease in its own right — and deserves to be treated as the serious health problem it is. END_OF_DOCUMENT_TOKEN_TO_BE_REPLACED

END_OF_DOCUMENT_TOKEN_TO_BE_REPLACED 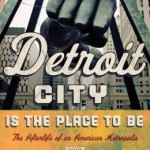 Mark Binelli talks about his book, Detroit City Is the Place to Be: The Afterlife of an American Metropolis. It goes beyond the narrative of apocalypse to explore the resilience of Detroit’s residents as Binelli “tracks both the blight and the signs of its repurposing.”

END_OF_DOCUMENT_TOKEN_TO_BE_REPLACED

Jason Mott talks about his terrific debut novel, The Returned. It’s about what happens when loved ones who have died return to their families unscathed.

And world leaders are once again discussing climate change, this time at the UN climate talks in Warsaw, Poland. Meanwhile, the Phillipines is struggling to recover from supertyphoon Haiyan. We put climate change and conflict into context with Christian Parenti. We re-air our 2011 interview with Parenti about his book, Tropic of Chaos: Climate Change and the New Geography of Violence.

END_OF_DOCUMENT_TOKEN_TO_BE_REPLACED

Journalist and activist David Bollier talks about his most recent book, co-written with legal scholar Burns Weston, GREEN GOVERNANCE: Ecological Survival, Human Rights, and the Law of the Commons. Then we re-air our 2010 interview with him about the digital commons, VIRAL SPIRAL.

END_OF_DOCUMENT_TOKEN_TO_BE_REPLACED

Radio host, monologist and author, Mike Feder talks about surviving a crazy childhood and finding healing in humor. His book is A Long Swim Upstream. And Helen Thomas died on July 20. We play our 2006 interview with Thomas about her book on the Washington Press Corps, Watchdogs of Democracy?

END_OF_DOCUMENT_TOKEN_TO_BE_REPLACED

Suspense writer Hallie Ephron’s newest page-turner is THERE WAS AN OLD WOMAN. Its protagonists are the daughter of a difficult mother and her mother’s ninety-year old neighbor who’s the most delightful sleuth since Miss Marple. A dash of history, attitudes toward the elderly, and the impact of overdevelopment on communities are all part of the story.

And Lionel Shriver delves into the loyalties that can divide families when, in BIG BROTHER, her protagonist’s morbidly obese brother comes to visit and she feels compelled to get him to lose weight. The novel explores power struggles in families, our society’s obsession with food, and the obesity epidemic — all deftly drawn with Shriver’s dry wit.