Dr. Brad Spellberg talks about his book Rising Plague: The Global Threat from Deadly Bacteria and Our Dwindling Arsenal to Fight Them. And Edward McClelland discusses the death of the labor movement, the destruction of the middle class — and what comes next for the Rust Belt. His book is Nothin’ But Blue Skies: The Heyday, Hard Times, and Hopes of America’s Industrial Heartland.

Brad Spellberg
At least 2 million Americans are infected by antibiotic resistance pathogens each year, according to the Centers for Disease Control. At least 23,000 people die as a result. Antibiotic resistant infections already cost the US health care system between $20 billion and $30 billion per year — a cost that is likely to increase. 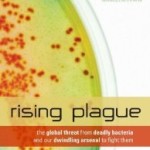 Infectious disease specialist Brad Spellberg is on the frontline of the fight against antibiotic resistant infections. A practicing physician, he teaches at UCLA’s medical school and is the author of Rising Plague: The Global Threat from Deadly Bacteria and Our Dwindling Arsenal to Fight Them.

Spellberg says there is a “perfect storm” of drug resistant infectious diseases and lack of new antibiotics with which to treat them — one that threatens to take us back to the conditions of the pre-antibiotic era. He calls for a partnership between government and the pharmaceutical industry to get new treatments into the pipeline.

Spellberg on the PBS Frontline episode, Hunting the Nightmare Bacteria

Edward McClelland
The Upper Midwest and Great Lakes region was the birthplace of the American middle class. With union jobs that paid well and had good benefits, workers in the industrial heartland helped create decades of unprecedented prosperity for the nation. 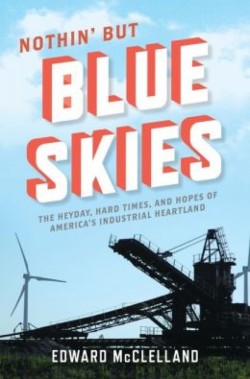 The beginning of the end came with the first big blow to the labor movement, when President Reagan broke the back of the air traffic controllers union. With the loss of the power of the strike, the unions lost the fight against deindustrialization. Wages have never recovered.

Journalist Edward McClelland follows that story in his book, Nothin’ But Blue Skies: The Heyday, Hard Times, and Hopes of America’s Industrial Heartland. He was born in Lansing, Mich., in 1967 and was inspired to write his book when he saw the Fisher Body plant across the street from his old high school torn down.