END_OF_DOCUMENT_TOKEN_TO_BE_REPLACED

Poet Rita Dove talks about her Collected Poems 1974-2004, published by W.W. Norton. Then, we honor our Thanksgiving tradition of airing Marge Bruchac’s true story of Thanksgiving and a reading of Francesca’s story, The Food Philosophe. END_OF_DOCUMENT_TOKEN_TO_BE_REPLACED

Katherine Harvey talks about the book she co-authored, The Bare Bones Broth Cookbook. Francesca reads her story The Food Philosophe. And finally we continue our Thanksgiving tradition with native American scholar Marge Bruchac telling us the real story behind the holiday.

Also, a teaser from our interview with Nancy Altman of Social Security Works about her article for Huffington Post, “Medicare Will Be Gone By Next Thanksgiving If Republicans Have Their Way.” END_OF_DOCUMENT_TOKEN_TO_BE_REPLACED

And finally, we continue our Thanksgiving tradition: Marge Bruchac’s telling of the true story of the holiday. END_OF_DOCUMENT_TOKEN_TO_BE_REPLACED 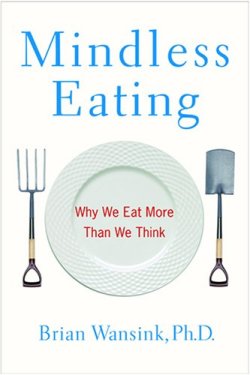 In this fourth episode of our Writers Voice special series, The River Runs Through Us, Brian Kitely talks about THE RIVER GODS, his novel-in-vignettes of Northampton, Massachusetts from its founding to today; Native American scholar Marge Bruchac tells us about the original inhabitants of the Valley, and Pioneer Valley Planning Commission director Tim Brennan discusses the history and future of the Connecticut River in Massachusetts.

END_OF_DOCUMENT_TOKEN_TO_BE_REPLACED

Christian Parenti talks about his book, TROPIC OF CHAOS: Climate Change and the New Geography of Violence. And Native American storyteller and scholar, Marge Bruchac tells us what really happened at the first Thanksgiving.

END_OF_DOCUMENT_TOKEN_TO_BE_REPLACED

Brian Kitely
In the local parlance of western Massachusetts, the phrase “The River Gods” refers to the group of powerful men who held sway over the business and political life of the towns of the Connecticut River Valley region from the 17th and into the 18th century. Northampton was one of those towns and it’s the setting for my guest Brian Kitely’s novel, THE RIVER GODS.

Written in a series of short vignettes, the novel shifts back and forth in time to reveal glimpses of the town’s history, as well as the personal history of the author himself — often seen through his child’s eye. The reader meets the fiery preacher Jonathan Edwards, the husband of accused witch Goody Parsons, Sojourner Truth and other notable and unknown individuals from Northampton’s history.

One reviewer called it “a luminous, perfectly sculpted novel whose sentences flow as easily through the mind of a nine-year old boy in 1960s America as they do that of an 18th century Puritan divine.”

Brian Kitely teaches creative writing at the University of Denver. In addition to THE RIVER GODS, he is the author of two other novels, STILL LIFE WITH INSECTS and I KNOW MANY SONGS, BUT I CANNOT SING, as well as two books of writing exercises.

Read an excerpt from THE RIVER GODS

Marge Bruchac
A few years ago in the dead of winter, Abenaki storyteller and scholar Marge Bruchac took Francesca on a fascinating tour of what might be termed “native Northampton”: the places and traces where the native Algonquian tribes of the region made their home at the great bend of the Connecticut River where later the English colonists founded Northampton. The Indians called it, variously, Nonotuck or Norwottuck.

They first went to Fort Hill, the very place Brian Kitely lived as a child and that figures in his novel, THE RIVER GODS. Then they headed for Hospital Hill, where the state mental hospital used to be — and some of its imposing structures still stand — and where the Indians planted their fields of corn. Bruchac explains that the traces of native American life are to be found in the Yankee culture that succeeded it.

Marge Bruchac is the co-author of the book 1621: A New Look at Thanksgiving, published in 2001. She also contributed a chapter to a marvelous collection of historical essays about Northampton that were gathered into the book edited by the following guest, Kerry Buckley.

Kerry Buckley
A PLACE CALLED PARADISE came out in 2004, the year the town celebrated its 350th anniversary. I spoke that year with the book’s editor, Kerry Buckley. He’s the executive director of Historic Northampton, a museum of regional history and culture from the contact period to the present. It’s a collection of essays about the history of Northampton, MA, from the time of native peoples lived here and called it Norwottuck to the 20th century.

Award-winning translator Peter Filkins talks about THE JOURNEY, a lost masterpiece of Holocaust literature by acclaimed author and survivor H. G. Adler which Filkins translated. Food psychologist Brian Wansink gives us tips on how to keep the pounds off during the Holiday season; and Native American storyteller Marge Bruchac tells us what really happened during the first Thanksgiving.
END_OF_DOCUMENT_TOKEN_TO_BE_REPLACED