In this fourth episode of our Writers Voice special series, The River Runs Through Us, Brian Kitely talks about THE RIVER GODS, his novel-in-vignettes of Northampton, Massachusetts from its founding to today; Native American scholar Marge Bruchac tells us about the original inhabitants of the Valley, and Pioneer Valley Planning Commission director Tim Brennan discusses the history and future of the Connecticut River in Massachusetts.

In the local parlance of western Massachusetts, the phrase “The River Gods” refers to the group of powerful men who held sway over the business and political life of the Connecticut River Valley in the 17th and 18th centuries. Northampton was one of those towns and it’s the setting for my guest Brian Kitely’s novel, THE RIVER GODS. 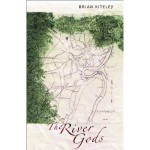 Written in a series of short vignettes, the novel shifts back and forth in time to reveal glimpses of the town’s history, as well as the personal history of the author himself. The reader meets the fiery preacher Jonathan Edwards, Sojourner Truth and other notable individuals from Northampton’s history — including some surprises like German philosopher Ludwig Wittgenstein. We originally spoke to him several years ago about The River Gods, but called him again for an interview redux for the River Runs Through Us series.

Brian Kitely teaches creative writing at the University of Denver. In addition to THE RIVER GODS, he is the author of two other novels, STILL LIFE WITH INSECTS and I KNOW MANY SONGS, BUT I CANNOT SING, as well as two books of writing exercises.

A few years ago in the dead of winter, Abenaki storyteller and scholar Marge Bruchac took Francesca on a fascinating tour of what might be termed “native Northampton:” the places and traces where the native Algonquian tribes of the region made their home at the great bend of the Connecticut River where later the English colonists founded Northampton. The Indians called it, variously, Nonotuck or Norwottuck. We re-air an excerpt from that tour for this episode of The River Runs Through Us.

Marge Bruchac is co-author of the book 1621: A New Look at Thanksgiving, published in 2001.

Tim Brennan, Pioneer Valley Planning Commission
Throughout this series we’ve talked to writers, historians and sociologists about the connection that people have had with the Connecticut River in the past.

We’ve heard how the river was influential in spreading ideas of freedom and spirituality, as well as serving as the birthplace of the American Industrial Revolution and a model for middle class communities. But those communities’ connection to the Connecticut River doesn’t just exist in the past; the River continues to be a living, vital resource in their present lives as well. In fact, for them, the River may be the most important economic resource of the next 50 years.

If the Connecticut River Valley is to have a viable economic future, it needs to base it on green energy and technology. For that, it needs the power, development and economic activity that the only the River can provide.
But there are daunting challenges in making that future happen: environmental degradation, poorly planned housing and manufacturing development and the loss of federal government investment in the River make it difficult to fully realize the economic potential of the River. 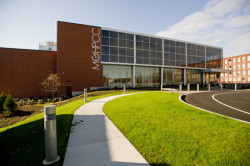 Yet, there are bright spots. The city of Holyoke is now using the River to generate clean hydro-power for the Massachusetts Green High Performance Computing Center, a 180 million dollar investment by a consortium of universities to create a high tech center in the city’s ailing post-industrial economy. And several River communities including Springfield, Northampton, Agawam, Hadley, Amherst and Chicopee have banded together to create an interconnected Connecticut River Bikeway and Rail Trail to increase recreational activity on the River.

Much work remains to be done if the Connecticut River is going to realize its economic potential in a sustainable way that connects communities to each other and the River.

Timothy Brennan, Executive Director of the Pioneer Valley Planning Commission, is helping to lead and shape much of that work. The Commission is an organization of 43 cities along the Connecticut River charged with coordinating and encouraging cooperation between business, government and the citizens on issues related to the Pioneer Valley.
For the last twenty-five years, Brennan and the PVPC have worked to clean up the River in order maximize its economic potential. WV associate producer talked with Brennan about the River’s potential, the challenges its communities face and how something as simple as a bike path can create community, economic development and environmental sustainability.

WV special series The River Runs Through Us is funded by a grant from Mass Humanities and by contributers to our Kickstarter campaigns.