This week on Writer’s Voice, we talk with Rabbi Michael Lerner about his book Revolutionary Love: A Political Manifesto to Heal and Transform the World.

Then we look deeper into how to build solidarity in our divided nation. We air excerpts from some other conversations about that issue that aired this year on Writers Voice.

We talk with Tim Wise about Dispatches from the Race War, Jane Kleeb about Harvest The Vote; Dr. Abdul El Sayed about Healing Politics and Tyson Yunkaporta about Sand Talk. How Indigenous Thinking Can Save The World. 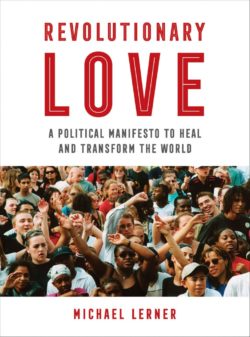 Our nation is deeply divided politically. Many of us feel hopeless that the divide can ever be bridged. Yet it must, if we are to deal with the crises we face, from COVID19 to economic and racial inequality, to the climate emergency.

Rabbi Michael Lerner says the cause is the “capitalist globalization of selfishness”. In his book Revolutionary Love, Lerner says we must replace it with a globalization of generosity, empathy, and environmental sanity. His strategy is for a new democratic socialism built on love, kindness, and compassion for one another.

Rabbi Michael Lerner is the founder of Tikkun, an organization dedicated to the meaning of its name: to repair the world. It is organizing the Love and Justice Movement to promote revolutionary love.

So, how can we build solidarity to tackle the society-wide and planet-wide problems we face? We explore that in excerpts from some of our favorite 2020 episodes. 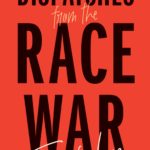 Should the fight against racism take precedence in the movement for social justice or the fight against class exploitation? It’s a point of controversy on the Left. Anti-racism activist Tim Wise weighed in on this controversy when Writer’s Voice interviewed him about his book Dispatches From The Race War. 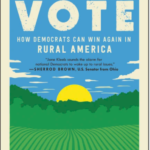 Building solidarity needs to happen not only across racial lines, but also across the rural/urban divide, as was pointed out by Jane Kleeb, when we talked with her about her book, Harvest the Vote. She says there is much to unite rural voters with urban and suburban voters—something, she says, the Democratic Party isn’t doing enough of. 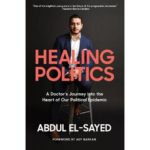 Our guest Abdul El Sayed told us building social solidarity is about creating a politics of empathy. We spoke with him about his book, Healing Politics.

Finally, if we are to survive, we need not only solidarity with each other, but also with all the living beings we share the planet with. That’s what Australian writer and 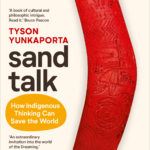 activist Tyson Yunkaporta told us when we spoke about his book Sand Talk: How Indigenous Thinking Can Save The World.

We aired many other wonderful interviews on WV in 2020. Here’s a sampling of some of our favorites [click on the links to hear the interviews]:

Deborah Shaffer & Rachel Reichman told us about Queen Of Hearts, their stunning documentary film about the life and art of feminist painter and sculptor Audrey Flack.

Helen Fremont discussed The Escape Artist, a moving account of the author’s struggle with secrets in her family and the ruptures that occurred when she revealed them.

Carl Safina told us about his book, Becoming Wild. It’s about animal culture and what it tells us about the sentient beings we share our planet with.

Elizabeth Wetmore‘s Valentine is our favorite novel of the year. And the wonderful interview she gave us about it is also a fave.

Stephanie Kelton exploded our preconceptions when she discussed The Deficit Myth. It’s one of the most important books of our time. Her explanation of how austerity thinking has been used to inhibit social and economic justice was cogent and compelling.

Tamara Payne gave us a riveting interview about her late father Les Payne’s award-winning biography of Malcolm X, The Dead Are Arising.