Our theme this episode is gentrification. We talk with Brian Platzer about his novel Bed-Stuy is Burning (Simon and Schuster). It’s about what happens when tensions between gentrifiers and the gentrified explode.

Then we re-air our interview from 2017 with Peter Moskowitz about his book, How to Kill a City: Gentrification, Inequality, and the Fight for the Neighborhood. 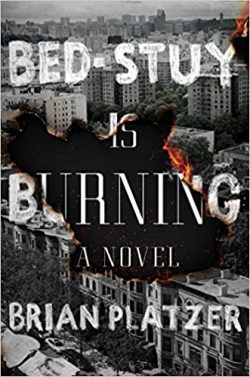 The Bedford-Stuyvesant neighborhood in Brooklyn NY has been home to one of the most vibrant black communities in the nation for decades. It still is that.

But its nature is fast changing as gentrification sweeps through, as renters and buyers are attracted by the stately 19th century brownstones and driven out from other gentrified neighborhoods by sky-high rents.

Signs are everywhere of the influx of wealthier white people, bringing trendy restaurants and boutiques to supplant the bodegas and fast chicken places. And rents are already rising sharply, pushing out families that have been in Bed-Stuy for generations.

Brian Platzer confronts the tensions between gentrifier and gentrified in his debut novel, Bed-Stuy is Burning.

It focuses on what happens when Aaron, a disgraced rabbi turned Wall Street banker, and Amelia, his journalist girlfriend, come to live in Bedford-Stuyvesant with their newborn. The influx of upwardly mobile mostly white professionals into Bed-Stuy belies the tension simmering on the streets. But after a policeman shoots a boy in a nearby park, conflict escalates—with Aaron and his family at its center.

Brian Platzer’s writing has appeared in the New Yorker’s Shouts and Murmurs column, as well as in the New York Times, the New Republic, Salon, and elsewhere. He lives with his wife and two young sons in Bed-Stuy, Brooklyn, and teaches middle school English in Manhattan. 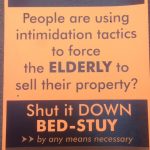 Gentrification is a process that is sweeping cities from New York to San Francisco, Detroit to New Orleans.

We tend to think that gentrification is a natural process, so whether we like it or not, we have to accept it. But when we talked with Peter Moskowitz in May of 2017, he told us it’s anything but natural, driven by urban policy favoring the real estate industry and abetted by plunging taxes on the wealthy. 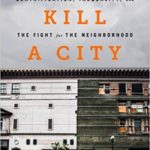 His book How to Kill a City is a brilliant examination of how gentrification is destroying neighborhoods and contributing to inequality. We air an edited version of that interview.

Peter Moskowitz is a journalist and writer based in Philadelphia. His work has appeared in The New York Times, The Guardian, Vice and New York Magazine  among other publications. How To Kill A City is out from Nation Books.

Listen to the Full Interview