Populism — what is it really? And when we condemn it, are we missing the point? We talk with political analyst Thomas Frank about populism, real and fake. He’s the author of such books as What’s the Matter With Kansas? and Listen, Liberal, among others.

Then, Joe Biden’s record in promoting policies that led to mass incarceration of black and brown Americans is coming under scrutiny. We play excerpts from a 2016 interview we did with historian Donna Murch about those policies and how centrist Democrats like Biden joined with racist Republicans to bring them about.

Thomas Frank
We hear a lot about populism these days, but the populism that’s being roundly condemned as the ideology of the rightwing is a far cry from the original sense of the term that we know from American history. 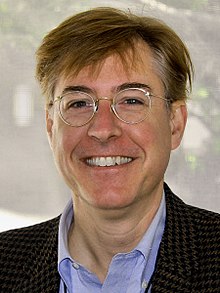 That populism was a movement of black and white farmers after the civil war, who joined together to fight for social and economic justice. They created a third party, the Populist party, when they felt that the Republican and Democratic Parties weren’t representing their interests.

How did the name of such an important progressive movement get turned on its head by those who link it to right-wing racism and nationalism? Thomas Frank has been thinking about that for a long time. In 2018, he wrote a piece for the Guardian entitled “Forget Trump – populism is the cure, not the disease“, and is now writing a book about the subject.

Frank has been a guest on Writers Voice before, so we called him up to shed some light on the subject. During the course of our conversation, we also talked about the current presidential campaign and how some Democrats are promoting real populism against the fake populism of Trump.

Thomas Frank is the founder and editor of the journal the Baffler, and the author of many books. 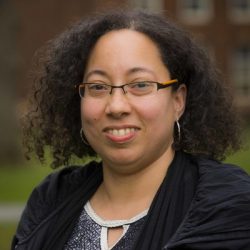 This episode of WV is being produced just before the presidential debates with Joe Biden and other rivals for the Democratic nomination. Last week, Biden caused a firestorm of criticism when he extolled his relationships with segregationist senators like Strom Thurmond and James Eastland in “getting things done.”

Some of those things he “got done” with them were anti-bussing laws and the 1994 crime bill, which led to the mass incarceration of primarily black and brown people in the US. Biden defended the 1994 crime law as a whole in a 2016 interview saying, “By and large, what it really did, it restored American cities.”

But historian Donna Murch says the crime bill devastated poor urban communities of color. In 2016, we spoke with her about the bipartisan history of mass incarceration and the wars on drugs and gangs. Murch’s essay, “The Clintons’ War on Drugs: When Black Lives Didn’t Matter” appeared in the New Republic that year.

For this episode of Writer’s Voice, we picked out some excerpts but you can listen to our whole hour long interview with Donna Murch here.

We talk with mystery writer Anthony Horowitz about his latest in his series of meta-fiction, THE SENTENCE IS DEATH. Also, Stephen Davis talks to us about TRUTHTELLER: An Investigative Reporter’s Journey Through the World of Truth Prevention, Fake News and Conspiracy Theories.