Then, we talk with Maxine Rosaler about her story collection, Queen For A Day. It’s a poignant, trenchant and funny exploration of life with an autistic son. And finally, for Thanksgiving, we hear the Native American legend of how corn was given to the Abenaki people. 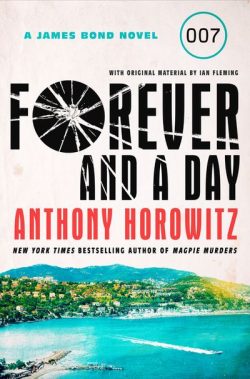 Anthony Horowitz is one of the best-known crime novelists writing in the English language today. He’s the author of the popular Alex Rider series for young readers and screenwriter for the long-running BBC series, Foyle’s War, among other writings for print, screen, and stage.

We last talked with him about his book The Word Is Murder, a brilliant and instructive romp through the classic tropes of crime fiction. Horowitz has also written several novels in the style of his forebears Sir Arthur Conan Doyle, with his Sherlock Holmes novels Moriarty and House of Silk and Ian Fleming novel with Trigger Mortis.

Now he’s out with a new Bond novel, Forever And A Day. It gives the backstory to the dashing secret agent with a plot that pre-dates Fleming’s first in the Bond series, Casino Royale.

Listen to our previous conversations with Anthony Horowitz about his books The Word Is Murder and The Magpie Murders. 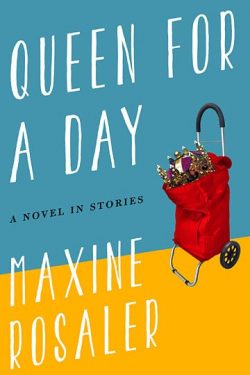 The reader knows by page one of Maxine Rosaler’s engaging, poignant and trenchantly funny collection of stories Queen for a Day that Mimi Slavitt’s three-year-old son is autistic. But if anyone told her, she wouldn’t listen, because she doesn’t want to know—until at last Danny’s behavior becomes so strange even she can’t ignore it.

After her son’s diagnosis, Mimi finds herself in a world almost as isolated as his. It is a world she shares only with mothers like herself; searching for miracles, begging for the help of heartless bureaucracies while arranging every minute of every day for children who can never be left alone, they exist in a state of perpetual crisis, normal life always just out of reach.

We spoke with Maxine Rosaler about the challenges she confronted as the mother of a disabled child and how those struggles made it onto the pages of Queen For A Day.

The Story of Corn

This is Thanksgiving Week, a time of observing traditions. We have a tradition on WV of airing our interview with Native American storyteller Marge Bruchac about the real story of Thanksgiving, where the Wampanoag Indians helped the English colonists to survive.

We didn’t have time this year to air the entire interview, but we do have time to play the part where Bruchac tells us the Abenaki legend of how corn came to her people.

Listen to the entire interview with Marge Bruchac