Anthony Horowitz talks about his latest novel, Magpie Murders and about writing great mystery fiction. Then, the Battle to Save Net Neutrality is gearing up. We reach back into our archives for some very prescient conversations about the threats to the open internet and what to do about them. We talk with Rebecca McKinnon, author of Consent of the Networked and with Josh Silver, formerly of Free Press. Then we give our picks for summer reading.

Anthony Horowitz is a leading star of the murder mystery genre in books, film and television. He created the BBC mystery series Foyle’s War, Poirot, and Injustice and wrote the early episodes of Midsomer Murders. He authored the Sherlock Holmes books The House of Silk and Moriarty (also adapted for television,) the Alex Rider mystery series and the James Bond novel, Trigger Mortis, among other works. 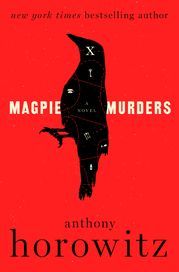 Horowitz is at the top of his game with his latest novel, Magpie Murders (Harper Collins June 2017). It’s a mystery within a mystery that spills the secrets of writing whodunits.

The plot features a mystery writer whose murder is solved by his editor when she finds the clues to the mystery embedded in her client’s last mystery novel.

The dual plots are ingenious, but perhaps the most delicious aspect is the peek Horowitz gives the reader into the process of writing good mystery fiction.

The Battle To Save The Internet

There are two existential threats to internet freedom. One is collusion between Internet Service Providers and government in invading users privacy for the purposes of surveillance. The other is the stripping away of Net Neutrality. In the next two segments, we air clips from two archived interviews exploring each of these threats.

The fight to protect privacy on the Internet erupted over the roller coaster saga of the Cyber Intelligence Sharing and Protection Act or CISPA. It was first passed by the US House of Representatives in 2012 but killed in the Senate after a storm of protest from outraged millions.  CISPA was revived again in 2013, again passed the House and stalled in the Senate. After more such iterations and a tweak to the bill’s name, a version was tucked into the federal budget at the end of 2015.

We play a clip from our 2012 interview with Rebecca MacKinnon, not long after the US House of Representatives passed CISPA. MacKinnon is the author of Consent of the Networked: The Worldwide Struggle for Internet Freedom. She is now the director of the Ranking Digital Rights project.

Net Neutrality is also crucially important to the interests of internet users. But ISP’s like Comcast and Verizon have long pushed to end Net Neutrality and now, with new Trump appointees to the FCC, they are on their way to succeeding. In May, the FCC began undoing Obama-era net neutrality rules when the Republicans on the Commission voted to begin loosening the regulations on the ISPs.

But the fightback is ramping up. On July 12, nearly 70,000 websites and organizations took part in massive online protests to save net neutrality.

In 2008, WV talked with Josh Silver, who then directed the organization Free Press, a leading advocate for Net Neutrality. And while the events referenced in the interview happened almost a decade ago, it’s uncanny how 2017 seems like 2008 all over again. Free Press is still fighting for Net Neutrality and participating in the current campaign. 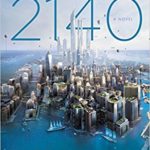 You don’t have to be a climate hawk to love sci-fi master Kim Stanley Robinson’s new book, New York 2140. It’s set in a time when lower Manhattan has become a super Venice sitting in the drink of the East and Hudson Rivers, while billionaires build 300-story skyscrapers on the northern cliffs of the Island. Unlike much climate sci-fi, New York 2140 isn’t really dystopian fiction. Rather, it’s a realistic but ultimately hopeful look at the resilience of New Yorkers to meet the challenges of their time — and our future. 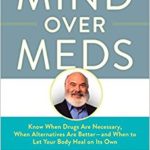 For anybody who cares about their health, Andrew Weil’s new book Mind Over Meds is an engaging and balanced look at the American tendency to to take too many medications. He acknowledges the important role pharmaceuticals play when appropriately prescribed. But he says we take too many, too much. The book suggests some alternatives to medications and also tells the reader when it’s better to let the body heal on its own. It’s a great read, even for the beach. 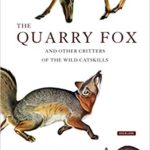 You don’t have to go to the beach to relish reading our next pick. In fact, you might even enjoy it more if you go to the Catskill Mountains of upstate New York. The book is The Quarry Fox by naturalist Leslie Sharpe. In stunning prose, Sharpe illumines the lives of the creatures who inhabit the Catskills, spinning a tale of the web of life and our relationship to it. It’s a treat not to be missed. 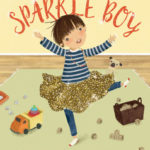 And finally, we have a pick for the little ones. Leslea Newman attained fame with her 1989 children’s book Heather Has Two Mommies, about a young girl with lesbian parents. She’s gone on to write some 70 books, the latest of which also tackles gender issues. Sparkle Boy is about a little boy who loves to dress up in pretty girlie clothes. He likes to paint his nails like his big sister. He likes sparkly things. And why not? That’s the attitude his mother takes, although his sister needs a bit of convincing. The book is for the 4 to 7 set, but it’s a lovely read at any age.