Charlotte Rogan talks about her new novel, Now And Again. It’s about an ordinary woman who becomes inspired to take on the fight against the social ills she sees around her — and what that means for the people she loves.

Then, Monique Morris talks about her groundbreaking book Pushout: The Criminalization of Black Girls in Schools.

If you like this podcast, please give us some love on iTunes or the podcast app you use. Help spread the word about Writer’s Voice! 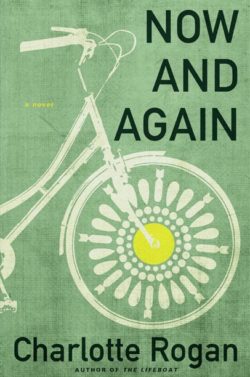 Have you noticed how much scorn is heaped on idealism these days? “It’s unrealistic!,” say the pundits. Mature people are pragmatic — or as Obama likes to say, “don’t let the perfect be the enemy of the good.”

But pragmatism isn’t working out so good for millions of Americans who are looking at plummeting living standards, endless wars, mass imprisonment and a poisoned environment. They’re saying: so where’s the good we were promised?

And, as the enormous crowds who thronged Bernie Sanders’ stump speeches can tell you, a whole lot of people want to give idealism a chance. It might even be more pragmatic.

The Sanders movement woke people up to the realities of power and erosion of democracy in the US. And many, if not most of them, are not meekly joining the establishment fold now that Sanders has endorsed Hillary Clinton. Once the blinkers came off, they couldn’t un-see what they had been shown.

Something similar happens to the protagonist of Charlotte Rogan’s terrific new novel, Now and Again. Maggie Rayburn’s contented life as a wife, mother and secretary at a munitions plant is shaken when she finds proof of a high level coverup at her job. There’s an epidemic of birth defects happening in her town and she has reason to suspect her company is at fault.

One thing leads to another and soon Maggie is involved in a high stakes fight against injustice that puts her and her family at risk. She’s faced with a choice: risk all or silence her conscience?

Rogan’s book explores the responsibilities we have to ourselves, our families and our larger world — and the moral territories we traverse in fulfilling them. Now and Again is Charlotte Rogan’s second novel. Her first was The Lifeboat.

Read an excerpt from Now And Again 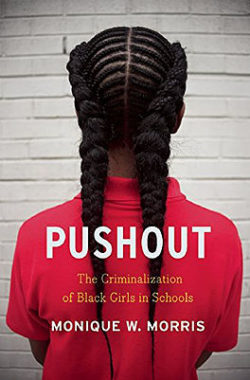 The tragic toll of police violence on the lives of young black men has been much in the news lately.

But there’s another slow motion tragedy that we hear very little about: the disproportionate numbers of black girls being pushed out of school and into the prison pipeline. Their lives are also being destroyed by zero tolerance policies, racist indifference to their educational needs and an epidemic of sexual assault.

Take the case of fifteen-year-old Diamond. She stopped going to school when she was expelled for lashing out at peers who constantly teased her for something everyone on the staff had missed: she was being trafficked for sex. After months on the run, she was arrested and sent to a detention center for violating a court order to attend school.

Hers is just one of many stories social justice scholar Monique Morris unearthed over four years of research for her book, Pushout. It reveals the experiences of black girls across the country who suffer the from systematic racism and indifference from their teachers, school administrators and the criminal justice system.

Yet, as Morris shows, black girls often respond with resilience, dignity and a keen sense of the injustices to which they are subjected. Morris give voice to them and charts the path toward nourishing these children, instead of throwing them away.