Vulnerability. Could it be a writer’s greatest strength?

We talk with poet Philip Schultz about his memoir/how-to book, Comforts Of The Abyss: The Art of Persona Writing.

Then, we talk about paraquat and Parkinson’s disease. Newly revealed documents show that the maker of a common herbicide knew decades ago about the link. We catch up with former Writer’s Voice guest Carey Gillam about her blockbuster scoop on the chemical company Syngenta. 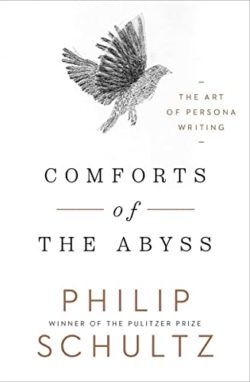 Throughout his long career as a poet, Philip Schultz has been battling a demon. It comes to him in the image of a black bird who perches on his shoulder telling him how unworthy he is.

Sound familiar? Most of us have experienced that dark voice, which Schultz calls his “Shitbird.” (It especially afflicts writers.)

But Schultz found a way around that dark voice. He calls it “persona writing,” a method he developed and teaches at the school he founded, The Writers Studio.

Persona writing borrows the voice and temperament of other writers—maybe Ernest Hemingway or Elizabeth Bishop—someone who can offer a writer a way of creating enough distance so that truth and intimacy can emerge.

Philip Schultz is the author of numerous poetry collections, among them Like Wings; the Pulitzer Prize–winning Failure; The God of Loneliness and Luxury.

He’s been a guest before on Writer’s Voice in 2010 and 2018.
Read poetry by Philip Schultz 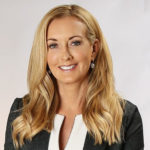 Parkinson’s Disease is a global epidemic. Many researchers think the cause behind the epidemic lies in the more than 80,000 chemicals industry exposes us to every year.

One of those chemicals is the herbicide paraquat—one of the most widely used. It’s been around for decades—since the 1970s. And it’s linked to Parkinsons.

The company that makes it, Syngenta, denies the link. But journalist and author Carey Gillam recently got hold of secret company documents that proves Syngenta knew about the link from the beginning.

She’s written about it in a series for The New Lede, a new journalism initiative begun by the Environmental Working Group. Gillam is managing editor. The third post in the series can be found here.