We talk with Ari Rabin-Havt about his campaign memoir, The Fighting Soul: On The Road With Bernie Sanders.

Then we play an excerpt from our 2020 interview with Chuck Rocha, Bernie’s campaign lead on Latino voters, about his book, Tío Bernie.

Ari Rabin-Havt
In 2017, a poll found that Bernie Sanders was the most popular politician in America. Yet he inspired some of the most vicious vitriol from the established press and the Twitterverse ever seen. 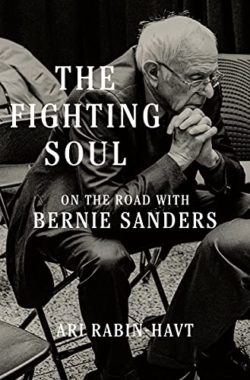 Few people know who Bernie really is, as he deliberately keeps the focus on his policies, not himself.

In his book, The Fighting Soul, Ari Rabin-Havt reveals the real Bernie Sanders. He was a close advisor and deputy campaign manager on Sanders’s 2020 campaign, spending more hours with the Vermont senator than anyone else.

The book is a fascinating dive into a presidential campaign like no other—how it succeeded in building a massive following and how it ultimately failed to gain the nomination.

In addition to serving as deputy campaign manager on Senator Bernie Sanders’s 2020 presidential campaign, Ari Rabin-Havt  was a Sanders aide from 2017 to 2021. His writing has appeared in the New Republic and the Washington Post, among other publications. 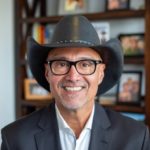 Chuck Rocha was a chief strategist for Bernie Sanders’ 2020 presidential campaign. While he worked broadly in the campaign, his special mission was to mobilize the Latino vote for the Senator.

We spoke with him in 2020 about his memoir of the campaign Tío Bernie. We play an excerpt from that conversation.