We talk with novelist Jim Shepard about his latest work of fiction, Phase Six. It’s about what happens when a mining operation in the thawing permafrost of Greenland releases a deadly virus into the world.

Then, we talk with Cob Carlson about his new documentary, The Greatest Radio Station In The World. It’s about listener-supported WPKN 89.5 fm Bridgeport CT, which just happens to be the home station of Writer’s Voice.

One of the least known but most terrifying consequences of global warming is the release of ancient pathogens from the melting permafrost. Lethal viruses and bacteria that have been locked up for many millennia—and against which humans have zero immunity—pose the threat of lethal pandemics that could take out millions, if not billions of humans and other animals. 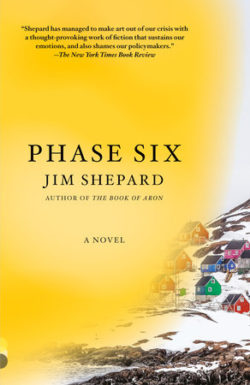 In his new novel Phase Six, Jim Shepard brings together two interrelated trends that increase the risk: the thawing Arctic is leading to more mining—and that mining threatens to release pathogens that are new to human immune systems.

A mining operation in Greenland releases a virus that wipes out an Inuit community, save for the sole survivor, a young boy.

As the deadly virus spreads, two young investigators from the CDC race to identify the pathogen and sequence its genome. The connections between the scientists and the young boy the CDC has taken charge of pose questions about the moral responsibilities we owe each other and how we carry them out.

Jim Shepherd is the author of eight novels. Read an excerpt from Phase Six.

WPKN 89.5 FM in Bridgeport CT has been the radio home of Writer’s Voice for over a decade. We are proud to be part of this terrific station, home to some of the best music and public affairs programming you can find on the radio dial—and streaming on the Web. 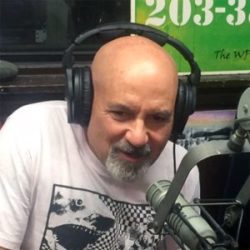 So when the New Yorker magazine published a piece calling WPKN “The Greatest Radio Station In The World,” we were thrilled that it was finally getting the national recognition it so richly deserved.

Then, filmmaker and WPKN listener Cob Carlson came out with a documentary film about the station, taking its title from the Nw Yorker article. It premiered last month and will headline the Bridgeport Film Festival on July 23 in Bridgeport, CT.

Cob Carlson has been a film editor and producer on numerous films, such as Farmageddon and on TV shows Frontline and Nova. In addition to The Greatest Radio Station in The World, he made the documentary, Donald Ross: Discovering The Legend.