We talk with best-selling author Ken Follett about his new novel, Never. It’s a chilling look about how a small international incident could lead to nuclear annihilation.

Then, Anthony Horowitz tells us about the third in his meta-murder mystery Hawthorne series, A Line To Kill. 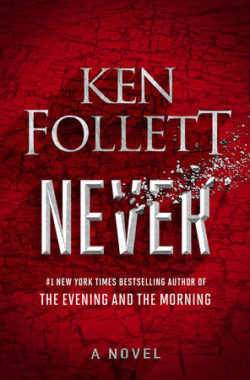 Every one of Ken Follett’s many novels published after his 1979 breakout thriller Eye of the Needle have been huge bestsellers. And Never, his new one just out this week, will likely be one, too — if the world wants to take the cautionary tale it spins seriously.

That’s because Never is about how the world could slide down the slippery slope to nuclear war.

The big interconnected crises we face—climate chaos, migration and wars over oil—are the powder keg to the spark of a small incident on the border of Chad and Sudan. Thus begins a chain of events that bring in North Korea, China, and the US in a terrifying game of chicken that bids fair to end very, very badly.

Ken Follett is the author of nearly fifty books, including Pillars of the Earth and A Column of Fire.

Read an excerpt from Never 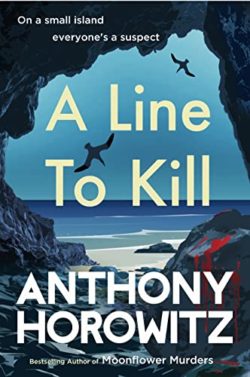 to talk about his new novel, A Line to Kill. It’s the third in the Daniel Hawthorne series, where the author himself becomes a character in his own novel, serving as Watson to Hawthorne’s Sherlock Holmes.

(The others in the series are The Word Is Murder and The Sentence Is Death.)

In the earlier books, Hawthorne was an enigmatic character. Now, in A Line To Kill, his character finally begins to become more transparent as he ferrets out the murderer. But the real delight is to follow Horowitz as he continues as first person narrator of the series.

It’s a delicious meta-musing on the nature of mystery writing, including witty allusions to the greats of the genre, like Agatha Christie and Sir Arthur Conan Doyle. And with his sly references to his own shortcomings, Horowitz provokes chuckles as the novels’ other characters cast doubt on his competence.

It’s entertainment in the highest sense of the term.

Anthony Horowitz is the bestselling author of, among many others, Magpie Murders, House of Silk, Moriarty and the Alex Rider series as well as the TV crime dramas Foyle’s War and Midsomer Murders.

Listen to our conversation with Horowitz about The Sentence Is Death

Next week on Writer’s Voice:

We spend the hour talking with David Talbot about the radical change-makers of 1960s and ’70s. His book, co-written with his sister Margaret Talbot is By the Light of Burning Dreams.