We talk with Milo Beckman about his book, Math Without Numbers. It’s a conversational guide to the three main branches of abstract math—topology, analysis, and algebra.

Then, we go from math to astronomy as we talk with science writer Giles Sparrow about his new book, A History of the Universe in 21 Stars: (and Three Imposters). 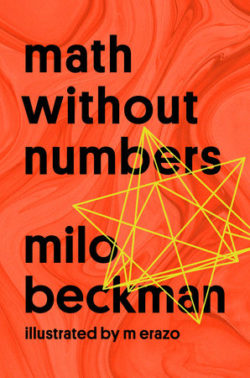 For the math-challenged, the idea of doing math without numbers is attractive. But isn’t that like writing without words?

Not at all, at least according to author Milo Beckman. In fact, the higher orders of math are done without any numbers at all.

But you don’t have to be a mathematician to understand the math in Beckman’s book, Math Without Numbers. Charmingly illustrated by M. Erazo, it’s a conversational guide to the three main branches of abstract math—topology, analysis, and algebra that is surprisingly easy to grasp.

Milo Beckman has been addicted to math since a young age. A math prodigy, he was captain of the New York City Math Team by age thirteen. His diverse projects and independent research have been featured in the New York Times, FiveThirtyEight, Salon, the Huffington Post, the Economist, and others. 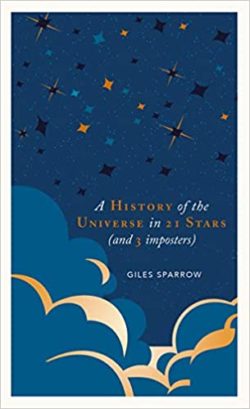 On a clear evening, if you look up you can see thousands of stars shining in the dark sky, each with a story of their own.

Taking twenty-one stars (and three imposters, that aren’t technically stars), expert science writer Giles Sparrow offers a complete introduction to what is happening up in the night sky.

We talk with him about the universe from its birth to its death and much in between, including that mysterious thing, dark matter.

Giles Sparrow writes about astronomy, science and other cool subjects, and is a regular contributor to magazines including All About Space and The Sky at Night.