We talk with Dean Spade about his book Mutual Aid: Building Solidarity During This Crisis (And The Next).

Then, at a time when domestic violence is skyrocketing, we re-air our 2019 interview with Rachel Louise Snyder. Her book is No Visible Bruises: What We Don’t Know About Domestic Violence Can Kill Us. 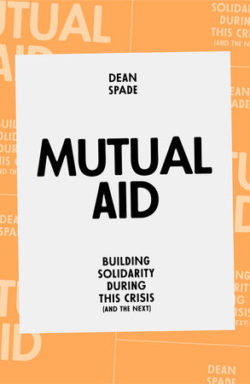 When the Texas electrical grid went down and millions lost heat, water and, in some cases, food, mutual aid came to the rescue. From fellow residents to already established mutual aid organizations to a certain Congresswoman from New York, people rallied to help those in need.

But Dean Spade says mutual aid is more than just springing into action during disasters. It is the radical act of caring for each other while working to change the world. His new book Mutual Aid is about why mutual aid is so important, what it looks like, and how to do it.

Dean Spade is an activist in the queer and trans liberation space based in racial and economic justice. He is an Associate Professor at Seattle University School of Law. 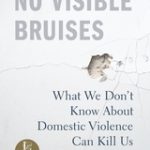 In 2019, we interviewed Rachel Louise Snyder about her groundbreaking book, No Visible Bruises: What We Don’t Know About Domestic Violence Can Kill Us. Domestic partner murder was on the rise then, after four decades of decline.

Now, with the COVID pandemic, the problem has only gotten worse with domestic violence homicides increasingly alarmingly. So we decided to re-air our 2019 interview with Rachel Louise Snyder.