We talk with world renowned climate scientist Michael Mann about his book, The New Climate War. It’s about all the ways the fossil fuel industry and its allies seek to discredit, divide, and deflect the movement to save the climate from making our planet uninhabitable.

Later, we check in with Nation magazine political correspondent John Nichols about his recent post about the fight over the COVID19 relief plan.

Michael Mann
As the evidence mounts that the climate crisis is here right now, the voices saying climate change is a hoax are fewer in number—a certain recently past president notwithstanding. But that doesn’t mean the fossil fuel industry or its minions have given up. 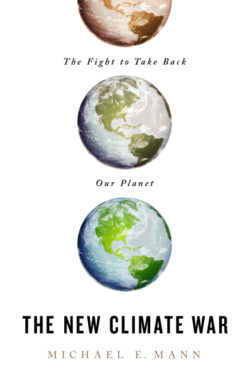 Instead, they’ve adopted a soft denialism, one that uses divide and conquer tactics to turn climate activists against each other; deflects attention from the need for systemic change to focus on individual responsibility; and uses so-called “allies” to discredit renewable energy and climate heroes like Bill McKibben (looking at you, Michael Moore) in order to weaken the fight against the carbon pollution that threatens our survival.

In his book The New Climate War, climate scientist Michael E. Mann describes the fossil fuel industry’s tactics of divide, deflect and discredit — and shows what we can do to counter them.
He also pushes back against the Climate Doomers to gives us reason to hope that we can win the climate war for a healthy planet.

Michael E. Mann is Distinguished Professor of Atmospheric Science at Penn State. In addition to The New Climate War, he is the author of numerous books, including The Hockey Stick and the Climate Wars and The Madhouse Effect.

Here’s the 1970s beverage industry-funded ad that put the kibosh on a National Bottle Bill, as Michael Mann discusses in our interview.

John Nichols
Go bold — and go bold now. That’s what the American people are telling President Biden and the Congress when it comes to COVID19 relief. 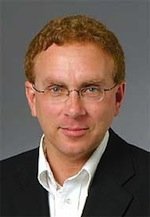 $2,000 relief checks? 74 percent of Americans polled favor them. Raise the federal minimum wage to $15 an hour? 58 percent favor it. But GOP senators are either dead set against covid relief or have offered a paltry package less than one third that proposed by Biden.

So what should Biden do? For advice, we turn to political correspondent John NIchols. His Feb 3 post in the Nation is “Cutting $2,000 Payments, and Limiting Who’s Eligible for Them, Is Bad Economics and Loser Politics.”