We talk with Paul Pitcoff about his memoir, Cold War Secrets. It’s about growing up in leftwing circles in New York City in the 1950s and 1960s with a father who had a hidden past.

Then, a woman is raped and finds a path toward healing by examining the objects associated with her trauma. We talk with Laura Levitt about her memoir, The Objects That Remain.

Writer’s Voice — in depth conversation with writers of all genres, on the air since 2004. Rate us on iTunes or whatever podcast app you use!
Like us on Facebook at Writers Voice Radio or find us on twitter @WritersVoice.

Paul Pitcoff
When Paul Pitcoff was eleven, the FBI came to the door of his family’s apartment in New York’s Greenwich Village, asking for his father. It took years for him to find out the reason for that visit—a secret that lay at the heart of his family’s life while he was growing up in the 1950s and 60s. 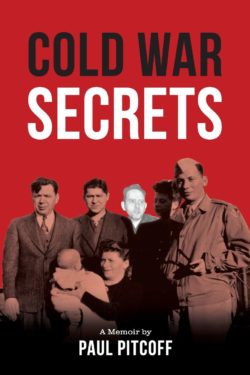 In his memoir Cold War Secrets, Pitcoff recounts his search to discover his parents’ well-hidden secrets and learn how they shaped his identity, secrets that had to do with his father’s involvement with the Soviet Union and then his rejection of it.

Cold War Secrets also brings vividly to life the leftwing community in New York City during a time when being on the Left could cost you your job — or worse.

Paul Pitcoff is Emeritus Professor at Adelphi University. He had multiple careers in education, film, law, and youth development. 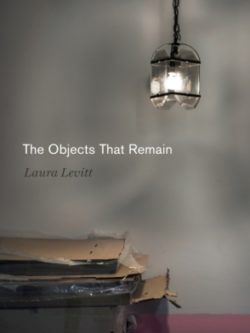 One evening in 1989, Laura Levitt was raped in her own bed. Her landlord heard the assault taking place and called 911, but the police arrived too late to apprehend Laura’s attacker.

When they left, investigators took items with them—a pair of sweatpants, the bedclothes—and a rape exam was performed at the hospital. But the evidence was never processed.

Decades later, Levitt returns to these objects, viewing them not as clues that will lead to the identification of her assailant but rather as a means of engaging traumatic legacies writ large.

The Objects That Remain is equal parts personal memoir and an examination of the ways in which the material remains of violent crimes inform our experience of, and thinking about, trauma and loss.

Laura Levitt is Professor of Religion, Jewish Studies, and Gender at Temple University where she has chaired the Religion Department and directed both the Jewish Studies and the Gender, Sexuality and Women’s Studies Programs.

It’s about the campaign by fossil fuel interests to distract and deflect the public from the climate emergency—and divide and discredit the climate action movement. It also shows us how to fight to take back our planet from those who would destroy it.