Today, we hear two stories about Appalachia, a region that’s long been subject to exploitation and prejudice.

First, we talk with Emma Copley Eisenberg about her book The Third Rainbow Girl: The Long Life of a Double Murder in Appalachia. It’s about the killing of two young women in West Virginia in 1980, how cultural bigotry against the region kept the murders from being solved — and the trauma inflicted on the community as a result.

Then, we re-air our 2004 interview with Diane Gilliam Fisher about her wonderful poetry volume Kettle Bottom. It’s about the West Virginia Mine Wars of the 1920s.

Emma Copley Eisenberg
In the early evening of June 25, 1980 in Pocahontas County, West Virginia, two outsiders—Vicki Durian, 26, and Nancy Santomero, 19—were murdered in an isolated clearing. They were hitchhiking to a festival known as the Rainbow Gathering but never arrived. 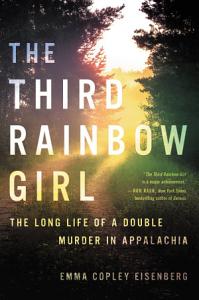 For thirteen years, no one was prosecuted for the “Rainbow Murders,” though deep suspicion was cast on a succession of local residents in the community, depicted as poor, dangerous, and backward.

In 1993, a local farmer was convicted, only to be released when a known serial killer and white supremacist named Joseph Paul Franklin claimed responsibility.

With the passage of time, as the truth seemed to slip away, the investigation itself caused its own traumas, turning neighbor against neighbor and confirming a fear of the violence outsiders have done to this region for centuries.

Journalist Emma Copley Eisenberg spent years living in Pocahontas County and re-investigating the murders. In her book The Third Rainbow Girl, Eisenberg shows how that violent act has cast its long shadow over all those affected, shaping their fears, their fates, and the stories they tell about themselves.

Emma Copley Eisenberg’s fiction and nonfiction has appeared in McSweeney’s, The Paris Review, Granta, Tin House, The New Republic and others. The Third Rainbow Girl: The Long Life of a Double Murder in Appalachia was published in January by Hachette Books. 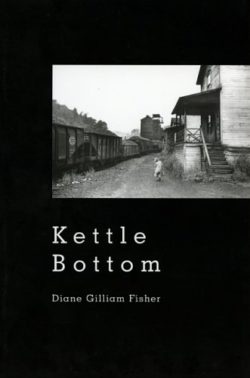 Back in 2004, Writers Voice interviewed the wonderful poet of Appalachian origin, Diane Gilliam Fisher, about her poetry volume Kettle Bottom.

In the collection, Fisher uses verse to tell the story of the West Virginia Mine Wars of 1920–21. That’s when the United Mine Workers union went up against the coal operators and their hired thugs.

Many people died — mostly miners — and President Warren Harding sent in troops to quell the rebellion–something to remember when our current president contemplates the use of federal troops against protesters calling for justice.