We talk with Rory MacLean about his new book, Pravda Ha-Ha: True Travels to the End of Europe. MacLean travels from Russia and the former Soviet Union states to uncover what has happened since the Fall of the USSR thirty years ago.

Then, the COVID19 pandemic has crashed the world oil market. That might be a good thing for US consumers, but could it be causing a global food crisis? We talk with defense correspondent for the Nation, Michael Klare. He tells us about his latest article for the Nation: Covid-19’s Third Shock Wave: The Global Food Crisis.

Writer’s Voice — in depth progressive conversation with writers of all genres. On the air since 2004. Rate us on iTunes or whatever podcast app you use. It really helps others find the show. 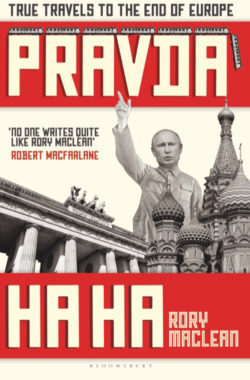 In 1989 the Berlin Wall fell. In that euphoric year, Rory MacLean traveled from Berlin to Moscow, exploring lands that were part of the forgotten half of Europe.

Thirty years later, In Pravda Ha-Ha MacLean traces his original journey backwards, across countries confronting old ghosts and new fears: from revanchist Russia, through Ukraine’s bloodlands, into illiberal Hungary, and then Poland, Germany and the UK.

As Europe sleepwalks into a perilous new age, MacLean explores how opportunists – both within and outside of Russia, from Putin to Home Counties populists – have made a joke of truth, exploiting refugees and the dispossessed. He asks what happened to the optimism of 1989 and, in the shadow of Brexit, chronicles the collapse of the European dream.

In addition to Pravda Ha-Ha, Rory MacLean is the author of more than a dozen books including Stalin’s Nose and Under the Dragon.

Read an excerpt from Pravda Ha-ha 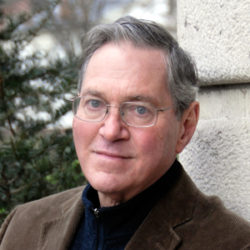 The COVID19 pandemic is wrecking havoc on the global economy. Millions are out of work, supply chains are being disrupted. Many people are already going hungry in the United States; many more will face hunger or starvation in other parts of the world.

One little-known factor in the emerging global food crisis is the fact that oil prices have dropped precipitously. We spoke with energy analyst and defense correspondent for the Nation magazine Michael Klare about his recent post: Covid-19’s Third Shock Wave: The Global Food Crisis.