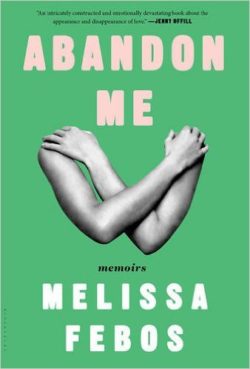 The word “abandon” has at least two meanings. As a verb, it means to cease to support or look after someone or give something up. As a noun, it means a complete lack of inhibition or restraint.

Melissa Febos’ new memoir ABANDON ME brings together essays that revolve around these two themes, sometimes in their separate meanings, sometimes intertwined.

It explores her fear of abandonment, first experienced in her childhood with a birth father who left her early on and a beloved stepfather, a sea captain, who was always going off to sea.

Melissa Febos is the author of the memoir Whip Smart. Abandon Me was published by Bloomsbury Press in February of 2017. 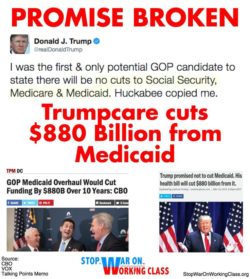 But the enormous popularity of Social Security and Medicare and Medicaid  have until now made these programs the so-called “third rail of American politics.”

That could be changing. Not the popularity of the programs — that remains as high as ever. But the determination to gut those programs has gathered steam as the Republicans have captured all three branches of government. And their attack on Social Security, Medicare and Medicaid is happening under the radar.

We talk first with Los Angeles Times columnist and author Michael Hiltzik about Trump’s proposal to eliminate the Social Security payroll tax. In a column about it, Hiltzik called it Trump’s “worst idea yet.”

One of Hiltzik’s sources for his column on Trump’s attack on the payroll tax was Nancy Altman of Social Security Works. She wrote a recent column for the Huffington Post, Five Ways Donald Trump Has Broken His Promise To Protect Social Security, Medicare And Medicaid In His First 100 Days.

We’ve spoken to her before about the Republican attack on Medicare and Medicaid and called her up this week to ask her about how Trump is part of that assault. Nancy Altman is the president of the advocacy group, Social Security Works.