We talk with journalist Dan Barry about his book The Boys In The Bunkhouse. It’s about the scores of mentally challenged men who were exploited and abused as turkey plant workers and kept as virtual prisoners for decades in a small town in Iowa and how they got rescued.

Then Andrew Nagorski tells us about the hunt to bring Nazi war criminals to justice. His book is The Nazi Hunters. 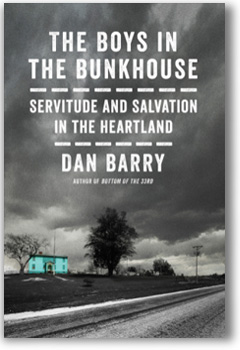 It was perhaps the most shocking case of abuse of mentally disabled workers ever to come to light.  For 35 years, scores of men were kept in virtual captivity in a small town in Iowa, working long hard hours at a turkey processing plant — and earning a paltry $65 dollars per month. Their health was neglected and they were subjected to humiliating punishments for minor mistakes. All this happened under the noses of the townspeople of Atalissa, Iowa.

How did such abuse continue for so long without anyone stopping it? How did the workers themselves manage to endure? And how were they finally rescued?

Dan Barry tells the story in his powerfully written book The Boys In The Bunkhouse: Servitude and Salvation in the Heartland. The tale is both harrowing and uplifting, contrasting terrible exploitation with the resilience of the workers and the heroism of their rescuers

Dan Barry is the author of four books and writes the This Land column for the NYT.

Watch video, see images & read excerpts from The Boys in the Bunkhouse. 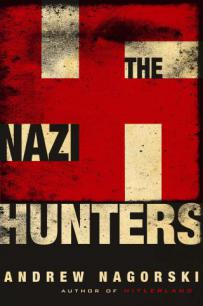 Have you seen the new German film, The People vs. Fritz Bauer? Bauer was the post-war German Jewish attorney general who put Auschwitz guards and officials on trial in the first German-brought case of its kind. He also tipped off Israeli authorities about the whereabouts of Adolf Eichmann in hiding in Argentina.

He’s also one of the lead figures profiled in Andrew Nagorski’s book about the men who brought Nazi war criminals to justice after WWII, The Nazi Hunters. Nagorski’s history of Nazi hunters like Simon Wiesenthal and Fritz Bauer poses penetrating  questions about evil and the relentless drive to bring perpetrators to justice in the face of post war indifference.

Andrew Nagorski is an award-winning journalist and author who spent more than three decades as a foreign correspondent and editor for Newsweek. We last spoke with him in 2012 about his book Hitlerland.