We take the pulse of Brazilian society with journalist Juliana Barbassa — the forces holding it back and the people’s push for more democracy. Her book is Dancing with the Devil in the City of God.

Then, Ta-Nehisi Coates just received a MacArthur “genius” fellowship. We re-air our 2008 interview with him about his memoir, The Beautiful Struggle. 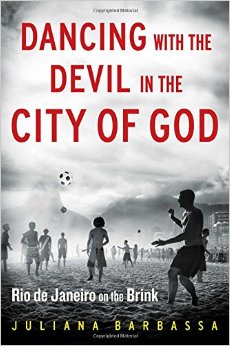 Currently, Brazilian president Dilma Roussef faces impeachment as her government is rocked by scandal and her country’s economy struggles in recession.

Read an excerpt from Dancing With The Devil In The City of God: Rio de Janeiro on the Brink 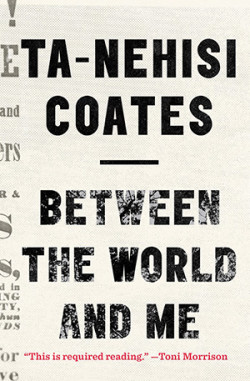 Atlantic Magazine’s Ta-Nehisi Coates has been on a tear. He’s just been awarded the prestigious MacArthur Fellowship (read an interview with him about the award), he’s out with an acclaimed new book,  Between The World And Me, and he recently published a terrific article in the Atlantic on “The Black Family in the Age of Mass Incarceration.”

The black family  — and his family — are at the center of his work, starting with his powerful 2008 memoir, The Beautiful Struggle: A Father, Two Sons and An Unlikely Road to Manhood. I spoke to him about that book in 2008 and we air an edited version of that interview on today’s show.

Read Ta-Nehisi Coates in The Atlantic, “Letter To My Son”