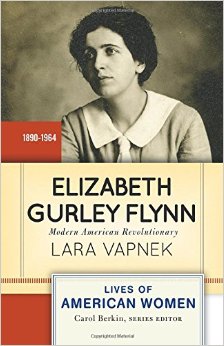 In 1906, 15-year old Elizabeth Gurley Flynn mounted a soapbox in Times Square to denounce capitalism and proclaim a new era for women’s freedom. She wowed the crowd and went on to become one of America’s most important leaders for workers’ rights.
Beginning with the Wobblies and continuing with the Communist Party’s organizing of modern unions in the 1930’s, Flynn not only inspired the labor movement but also developed new ways of organizing that advanced its cause. She also was a tireless champion of free speech rights and other civil liberties.
Historian Lara Vapnek has just come out with a new biography, Elizabeth Gurley Flynn: Modern American Revolutionary, as part of the Lives of American Women’s Series of books out from Westview Press.
Lara Vapnek is Associate Professor History at St. John’s University. She is also the author of  Breadwinners: Working Women and Economic Independence, 1865-1920.
Extended interview with Lara Vapnek
Bill Newman 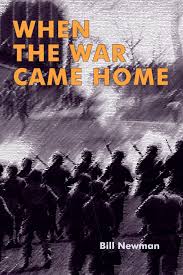 In the previous segment, we learned that the fight for civil liberties did not begin, as many may think, with the American Civil Liberties Union. It began with the Wobblies at the turn of the 20th century. But the ACLU has certainly been the guardian of those liberties through the decades since its founding in 1920.
Journalist and lawyer Bill Newman has made the struggle to gain and protect civil liberties a touchstone of his life, since his days working with prisoners in New York City in the 1960s down to today.
That fight grew out of his larger commitment to social justice, which he chronicles in his book, When The War Came Home (Levellers Press.)
Drawn from essays Newman published through the years, When The War Came Home connects the dots between past and present, from the antiwar, civil rights, and environmental struggles of yore to those happening today.
Bill Newman has been the director of the western Massachusetts Office of the ACLU for more than 25 years. He won the first gay custody case to go before a state supreme court and successfully defended formerly underground radicals charged with seditious conspiracy. He also is a newspaper columnist, the host of a weekday radio talk show in western Massachusetts, and the author and voice of The Civil Liberties Minute.
Read an excerpt from When The War Came Home