Jay Griffiths talks about her book, A Country Called Childhood: Children and the Exuberant World (Counterpoint, November 2014.) It’s a powerful plea to nourish children’s independence and reconnect them with nature. 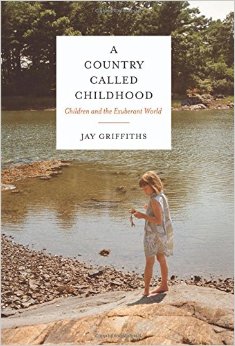 Why are so many children so unhappy? The incidence of mental disorders among children is soaring.

Writer Jay Griffiths says the modern world has enclosed the enchanted territory of childhood, subjecting kids to top-down control that prevents them from truly experiencing the world and developing a healthy sense of self. Children have lost the ability to roam, to explore their neighborhoods with friends or climb a favorite tree for some solitary communing with nature.

Jay Griffiths is the author of several books, including Wild: An Elemental Journey and Savage Grace, published in the UK and forthcoming in the US.

And view this clip of Laura Dekker talking about her solo circumnavigation of the globe at the age of 14.

One thought on “How To Have A Happy Childhood”