Lois Leveen talks about the remarkable true story of Mary Bowser, a freed slave who became a Union spy right inside the Confederate White House. Her acclaimed new novel, THE SECRETS OF MARY BOWSER, is based on it. And Eve LaPlante talks about her terrific new book, MARMEE AND LOUISA. It’s about the powerful relationship between Louisa May Alcott and her mother Abigail. END_OF_DOCUMENT_TOKEN_TO_BE_REPLACED 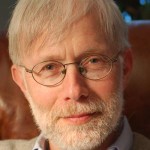 Full interview with Les Leopold about his new book HOW TO MAKE A MILLION DOLLARS AN HOUR: Why Hedge Funds Get Away with Siphoning Off America’s Wealth.

Helaine Olen talks about her exposé of the personal finance industry, POUND FOOLISH: Exposing the Dark Side of the Personal Finance Industry and Les Leopold discusses his new book HOW TO MAKE A MILLION DOLLARS AN HOUR: Why Hedge Funds Get Away with Siphoning Off America’s Wealth.

WE’RE BEGGING: WE REALLY NEED YOUR HELP ON OUR KICKSTARTER CAMPAIGN. PLEASE DONATE!

END_OF_DOCUMENT_TOKEN_TO_BE_REPLACED 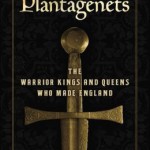 Russ Kick, editor of The Graphic Canon, talks about the two volume set of the western world’s greatest literature, rendered in graphic novel form. And Louise Erdrich talks about her novel The Round House. It’s about the brutal rape and beating of a Native American woman and her struggle for justice against her non-native perpetrator. END_OF_DOCUMENT_TOKEN_TO_BE_REPLACED

History is a quirky thing. Understanding history is a lot like the parable of the blind men and the elephant: depending on your vantage point, history can be a victory, a defeat, a holocaust or a glorious defense of the homeland.

And that seems to hold for personal history as well as big picture social, political and national histories. The lover you remember so fondly becomes a bitter pill after they marry your best friend; the heroic war protestor becomes a traitor to the cause when a secret relationship with the FBI is uncovered; the great writer is vilified with the discovery of plagarism.

So how does one go about comprehending a history, both personal and national, that is constantly shifting with the vagaries of time, distance, and circumstance? How can you be certain of what really happened, even in your own life, when how you interpret the past is dependent of where you are standing in the present?

Ismail Kadare examines this question in his novel, The Fall of The Stone City with a biting satirical wit and an aching sadness. Out for the first time in English translation, the novel is an complicated intellectual treat, a bitingly funny satire and a heartbreaking tragedy at all once. Ismail Kadare, an Albanian, is considered one of Europe’s best writers and his work has won the Man Booker prize and he has been a Nobel candidate several times.

The book opens on the small Albanian town of Gjirokaster in 1943 as it prepares for the Nazi invasion from Greece after the capitulation of the occupying Italians. Gjirokaster is a provincial, medieval town closed up against its neighbors and isolated by a sense of nationalistic entitlement. The Germans approach the main gates of the walled city and are fired upon by unknown assaillaints.

In retaliation, the Germans prepare a bombing campaign but just as it begins, a white flag is seen over the town. The Germans stop the bombardment but storm the town and take 100 prisoners, threatening execution if the assailants aren’t identified.

Just as the Germans are rounding up prisoners, a strange scene unfolds in the town square. One of the town’s most prominent citizens, Dr. Gurameto, meets with the German commander and invites him to dinner. It seems as if the German Colonel and Dr. Gurameto were college roommates and long lost friends.

The dinner with the German colonel seems to seal the town in Big Dr. Gurameto’s favor. Over the course of the dinner, which is shrouded in mystery, the Germans slowly release all 100 prisoners, including the town’s most prominent Jew. Based on an agreement that no party understands or shares, the Germans agree to let Gjirokaster be left unharmed.

And there Kadare sets up his novel. There are three unkowns that the book sets out to solve: who waved the white flag, who fired on the Germans and what really happened at the dinner at Dr. Gurameto’s house?

And the answers change throughout the book depending on how and where one ponders them. The book follows Dr. Gurameto and the town for ten years, into the rot of communist rule to trace the evolving understanding of what happened so many years ago.
During the German occupation, the Albanian nationalists are convinced the communists are the culprits and after the communists take power, the nationalists are to blame. All of the town’s sacred cows fall from grace as Kadare , with keen satire, skewers the blind institutional certainty and petty jealousies that shape history.

Dr. Gurameto is first hailed as a hero but as communist revisionism and paranio slowly take over he is slowly turned into a villain and arrested as part of a plot to kill Stalin. It is in the final third of the book, during his interrogation that Kadare reveals the secrets of the dinner.

Answering the question of what exactly happened at the dinner would ruin the novel, so I will leave it at this: what happens to Dr. Gurameto in his past and in his present are shocking and grievous, both unbelievable and unjust. In an amazing feat of intellectual and narrative dexterity, Kadare takes the ironies of fate, intertwines them with the fickle nature of self-protective narratives and smashes them on the impersonal destructiveness of bureaucratic institituions.

But more than the story of Dr. Gurameto, The Fall of The Stone City, is a parable for the difficulty with reconciling Albania’s complicated political and social history. For those interested in untangling history generally, and Balkan history specifically, there can be no more tragic and insightful place to start than The Fall of the Stone City.

Stuart Horwitz talks about his book architecture method of organizing and revising any manuscript. His book is BLUEPRINT YOUR BESTSELLER. Then Rajesh Parameswaren discusses his new story collection, I AM AN EXECUTIONER: LOVE STORIES; finally, Drew Adamek reviews Ismail Kadare’s The Fall of the Stone City.