Russ Kick, editor of The Graphic Canon, talks about the two volume set of the western world’s greatest literature, rendered in graphic novel form. And Louise Erdrich talks about her novel The Round House. It’s about the brutal rape and beating of a Native American woman and her struggle for justice against her non-native perpetrator.

THE GRAPHIC CANON: The World’s Great Literature as Comics and Visuals (Seven Stories Press) is a three volume set of some of humanities greatest stories, illustrated by over two hundred graphic, comic and illustrative artists.  In it, each of the selected stories of the canon are illustrated by a different artist. This gives the reader literally hundreds of new ways of looking at familiar stories.  The collection is a striking and enjoyable testament to the combined storytelling power of visual art and written literature that will take readers years to truly enjoy and understand. 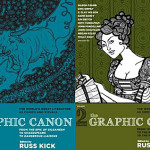 Starting with the story of Gilgamesh in Volume One and ending with a selection from David Foster Wallace’s “Infinite Jest” in Volume Three, the graphic canon is a fascinating and beautiful collection, with a wide variety of artistic and storytelling styles.  But the anthology is different from most literary collections in that it offers an exceptional range of interpretations of unexpected works, like the only known Mayan play, Darwin’s Origin of Species and The Tibetan Book of the Dead.

The graphic canon aims to be a repository of not only humanity’s most important and timeless stories, but as an encyclopedia of different artistic styles.  Contributors include famous comic and graphic artists like Will Eisner, Robert Crumb and Gris Grimly.

Editor Russ Kick, who conceived, gathered and assembled the massive collection, is a writer, editor and publisher.  The first two volumes have been released and the third and final book is slated for a May release.

On March 7, 2013 President Obama signed a re-authorization of the Violence Against Women’s Act. At his side was the original author of the Act, as passed in 1994 – Joe Biden. The re-authorization did not come easy – last year, Republicans in the House took out certain protections to gay couples and Native American women that were in the Senate version of the bill. But finally in February, a minority of House Republicans joined Democrats to adopt the Senate version and the Act passed by a vote of 286 to 138. 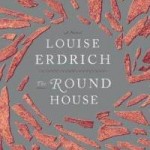 Indigenous women in the US experience some of the highest rates of sexual assault in the country. Almost half of all Native American women have been raped, beaten, or stalked by an intimate partner; one in three will be raped in their lifetime; and 86% of the assaults on them are committed by non-native men. Now, For the first time, the law closes the loophole that exempted non-native perpetrators from tribal jurisdiction.

Louise Erdrich’s latest novel The Round House covers some of this territory. It’s the story of a brutal rape of a Native American woman — and how the victim’s young son takes on the task of bringing his mother’s assailant to justice. I spoke with Erdrich in 2012. Read here for more information about the book.