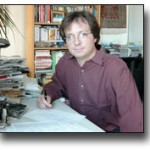 Cartoonist and author Ted Rall talks about his book, THE ANTI-AMERICAN MANIFESTO. It’s about the need for a new American revolution. Then poet Martin Espada reads a poem about the nonviolent people’s rebellion in Mexico, called “Sing Zapatista.”

Ted Rall
Many Americans have been glued to the TV or internet, following the history-making pro-democracy uprisings that are spreading throughout the Middle East. The spark was first lit in Tunisia, leaped to Egypt and now is blazing up against other repressive regimes, from Bahrain and Yemen to Iran.

But what about right here at home? No less a figure than Bob Herbert, columnist of the New York Times, asked whether it was time for Americans to follow Egypt’s example.

Ted Rall has written a book about just that. He takes inspiration from America’s founding fathers, whose American revolution sparked a wave of rebellion much like the one we are beginning to see today. Thomas Jefferson famously said “experience has shown that even under the best forms, those entrusted with power have, in time, perverted it into tyranny” and that “every generation needs a revolution”. 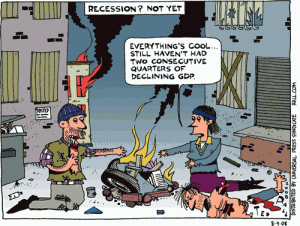 In his new book, the ANTI AMERICAN MANIFESTO, Ted Rall says the time for a new revolution has come. He’s probably known to most listeners as the trenchant political cartoonist that long graced the op ed pages of the New York Times and other publications syndicating his work across the U.S. (In an openly political move, The New York Times stopped publishing Rall’s work in 2004.) But he’s also been a columnist for United Press Syndicate, produced a radio show in LA, and published numerous books, including WAKE UP: YOU’RE LIBERAL: How We Can Take America Back From The Right; SILK ROAD TO RUIN, about Central Asia; and most recently, THE ANTI-AMERICAN MANIFESTO.

Rall says the system is corrupt and unreformable; it’s time for a people’s revolution because as difficult and chaotic as that may be, it’s far better than the catastrophe we face if we don’t take action.

(Note: He talked to Writers Voice a few days before Mubarak fell from power in Egypt.)

Excerpt from The Anti-American Manifesto

Poet Martin Espada reads a poem about another pro-democracy movement, this one in Mexico. It’s called, “Sing Zapatista,” published in Espada’s 2004 volume of poetry, ALABANZA: New & Selected Poems (W. W. Norton & Company). He writes and teaches poetry at the University of Massachusetts-Amherst.

Sing the word Tepoztlán, Place of Copper,
pueblo of cobblestone and purple blossoms
amid the cliffs, serpent god ablaze with plumage
peering from the shaven rock.

Sing the word Zapata, bandoliers crossing his chest
like railroad tracks about to explode, rebellion’s black iris
in 1910, in his eye the peasants of Morelos husking rifles
stalk by stalk from the cornfields.

Sing the word Zapatista, masked rebels riding now
in a caravan without rifles, tracking the long rosary of blood
beaded and stippled across the earth by other rebels the color of earth,
bus panting uphill saddled with ghosts dangling legs from the roof.

Sing the words Félix Serdán, age eleven when he straddled the horse
to ride with Zapata, witness to a century’s harvest of campesino skulls
abundant as melons, twined in white mustache and blanket
beside the comandantes on the platform.

Sing the word comandante, twenty-three of the faceless
masked in black so their brown skin could grow eyes and mouths,
smuggling Mayan tongues to the microphone in the plaza
where the church drowses in dreams of Latin by rote.

Sing the word durito, hard little one, scarab on a banner
draped across the face of the church where bells bang
to welcome the rebels, as the scarab-people cluster below
shouting their vow never to be crushed by the shoe.

Sing the word zapateado, tap and stamp of women dancing in the plaza
to the hummingbird rhythms of Veracruz, guitarist in fedora
watching his fingers skitter like scarabs across the wood,
shawled dancer lost in the percussion of her feet.

Sing the word Marcos, el Subcomandante, and listen
when he says above the crowd chanting his name:

Marcos does not exist. I am a window. I am a mirror.
I am you. You are me.