Tatjana Soli talks about her debut novel of Vietnam, THE LOTUS EATERS. And David Rabe’s unconventional love story about the Vietnam War is GIRL BY THE SIDE OF THE ROAD AT NIGHT. Both books were listed among the New York Times Notable Books for 2010.

Tatjana Soli’s THE LOTUS EATERS (St. Martin’s Press) is about a young American photojournalist, Helen, who finds and loses two very different loves in the crucible of war. She also finds another passion — her work — and confronts the moral dilemmas it carries. What happens to you when you make your living out of the suffering of others? Does it mean you are complicit– a war profiteer? Or, by reporting truthfully, can you help to end the suffering?

THE LOTUS EATERS begins with the last scramble out of Vietnam after the Tet Offensive, as Helen grabs one of the last helicopter flights out of the country. The novel then flashes back to tell you how she got there: her first forays into the field of combat, her love affair with Sam, an older journalist who becomes her mentor, and the Vietnamese man who is friend to both and whom she marries. 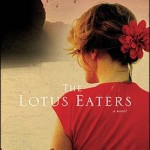 It’s a spellbinding story, solidly grounded both in the emotional lives of its characters, as well as in a true-to-life portrait of the time and place of the Vietnam War. Soli is too young to have lived through that war, but she has nailed it. THE LOTUS EATERS made it onto the New York Times bestseller list.

Tatjana Soli has also published short stories, two of which were listed in the 100 Distinguished Stories in Best American Short Stories.

David Rabe
Whether as a playwright, a screenwriter or a novelist, the Vietnam War has figured prominently in the work of David Rabe. He spent eleven months in Vietnam during his military service between 1965 and 1967 and is perhaps best known for his trilogy of plays based on his experience of the war: the Tony Award-winning Sticks and Bones, The Basic Training of Pavlo Hummel, and Streamers. He also wrote the screenplays for the Vietnam War drama Casualties of War, as well as plays, novels and screenplays about other subjects. 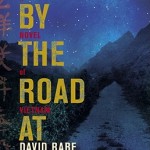 Rabe’s newest novel, GIRL BY THE SIDE OF THE ROAD AT NIGHT (Simon and Schuster), tells the story of the relationship that develops between a young American soldier and a young Vietnamese prostitute during the early years of the Vietnam War. It explores the boundaries between the characters, as well as the attraction and common humanity that pull them to each other. Among its themes is the surprising turns our lives take under the influence of fate.

The novel is most striking for how it is able to get inside the character of a poor, young — almost a child, really — Vietnamese girl and the sensitive portrait the author draws of her. Rabe says the book isn’t a conventional love story. In his review of the book in the New York Times, Philip Caputo wrote that it wasn’t a conventional war novel.

In addition to his works about the Vietnam War, Rabe is also the author of the novels, A Primitive Heart and Dinosaurs on the Roof and the screenplay for John Grisham’s The Firm, among other works.

Excerpt GIRL BY THE SIDE OF THE ROAD AT NIGHT