We talk with Bill McKibben about his terrific new book, The Flag, The Cross And The Station Wagon: A Graying American Looks Back at His Suburban Boyhood and Wonders What The Hell Happened.

Then, a brilliant coming-of-age novel that treats the personal as political and vice versa. We talk with Sarah Thankam Mathews about All This Could Be Different. 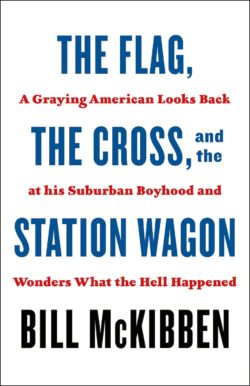 Bill McKibben is best known for his work as a global leader in the fight for a livable climate. But he’s also a long time environmental journalist and the author of eighteen books. His latest is a look at what’s happened to America since McKibben was a boy growing up in a suburb of Boston in the 1970s.

The Flag, The Cross And The Station Wagon looks through the lens of personal memoir, history and astute observation at the predicaments we find ourselves in and how they happened: extreme inequality, erosion of democracy and climate breakdown.

Bill McKibben is the co-founder of the climate protection group 350.org and Third Act, which centers its work on mobilizing seniors to protect the climate and democracy.

Read an excerpt from The Flag, The Cross And The Station Wagon 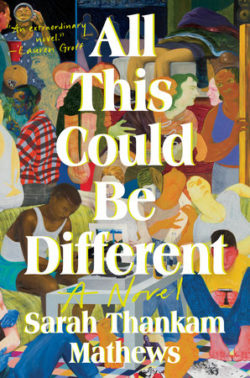 Sarah Thankam Mathews’ debut novel All This Could Be Different is one of those reads that delights with the discovery of an important new voice in fiction.

Released to effusive praise, the novel follows a young woman, a recent college graduate originally from India, as she lands her first job in the wake of the 2008 Great Recession.

Flung into a very white, middle American community in Wisconsin, Sneha has to navigate not only a new environment but her own personal ghosts as they imprint her relationships and her struggles to become an adult in a precarious world. It’s a compelling story, beautifully told.

Sara Thankam Matthews grew up between Oman and India, immigrating to the United States at seventeen. She’s published short stories, including in Best American Short Stories 2020 and is the co-founder of the mutual aid group, Bed-Stuy Strong.

Read an excerpt from All This Could Be Different