This week, we talk about two novels about colonialism, both from the point of view of the colonized.

First, we are honored to talk with the 2021 winner of the Nobel Prize for Literature, Abdulrazak Gurnah about his novel Afterlives, just published in the United States by Penguin Random House.

Then R.F. Kuang tells us about her fantasy/slash/alternate history novel, Babel, Or The Necessity of Violence: An Arcane History of the Oxford Translator’s Revolution. 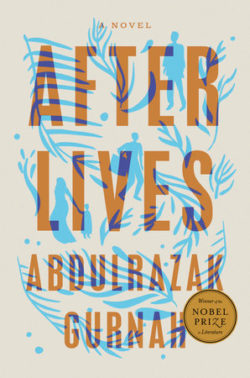 In 2021, Abdulrazak Gurnah received the Nobel Prize in Literature for, in the words of the Nobel Committee, “his uncompromising and compassionate penetration of the effects of colonialism and the fate of the refugee in the gulf between cultures and continents.”

That is certainly evident in his novel Afterlives, first published in the UK in 2020 and now out in a new American edition. It tells the brutal story of colonialism in East Africa; first, German colonialism then, after Germany’s defeat in WWI, the British variety.

It’s a brutal story, but not a brutal novel. Instead, Afterlives spins a profoundly moving and human tale centered on three young people who find love, caring and community despite the psychological and physical traumas the colonial system subjects them to. The novel shows the terrible toll of injustice—and the power of love and compassion to heal it.

Abdulrazak Gurnah was born in Zanzibar in 1948 and teaches at the University of Kent. He’s the author of numerous novels, including Paradise, which was short-listed for the Booker Prize, and By the Sea, a Los Angeles Times Book Prize finalist.

Read an excerpt from Afterlives 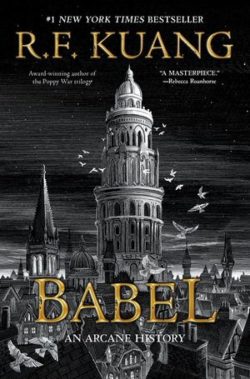 It isn’t often that fantasy fiction provides a deep dive into real history, let alone the history of British colonialism. But that’s what Rebecca Kuang’s novel Babel does.

It spreads its wings across a few different genres: fantasy, “dark academia” and historical fiction in a page-turning read that leaves the reader knowing a whole lot more about how that empire operated than many straight histories do.

In Babel’s version of history, magical inscriptions on silver bars provide the energy that coal did in the real British Empire. And the magic is driven by matched words in translation. It’s an intriguing concept—one that illuminates the power of language both to exert domination and spark liberation.

Rebecca F. Kuang is the award-winning author of the bestselling Poppy War trilogy.

Read an excerpt from Babel