We talk with Lee Kravetz about his stunning literary mystery, The Last Confessions of Sylvia P.

Then, as more states pass laws attacking transgender families, we listen back to a clip from my 2019 interview with Mimi Lemay about her memoir of her transgender son, What We Will Become. 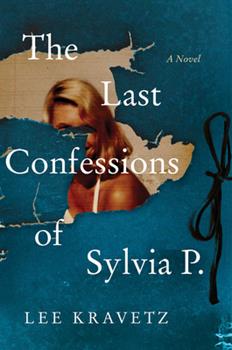 Lee Kravetz’s first published book was Strange Contagion: Inside the Surprising Science of Infectious Behaviors and Viral Emotions. It came out of his work as a psychologist.

But Kravetz always knew he wanted to be a novelist. His debut novel The Last Confessions of Sylvia P. has just been released to rave reviews.

Blending past and present, and told through three interwoven narratives it reimagines a chapter in the life of Sylvia Plath, telling the story behind the creation of her semi-autobiographical novel, The Bell Jar.

The Last Confessions of Sylvia P. is brilliant and beautifully written—a literary mystery that never ceases to surprise and delight the reader.

Listen to an audio excerpt from the book

On March 7, 2022 the Florida Republican-led legislature signed what’s being called the “Don’t Say Gay” bill; Governor Ron de Santis is expected to sign it. It forbids discussions in schools of sexual orientation and gender identity in grades K through 3.

These kinds of laws and executive executive actions are likely to spread across GOP led states—and experts say they will be devastating for transgender kids and families.
Back in 2019 we spoke with Mimi Lemay, a parent of a transgender child and author of the memoir, What We Will Become: A Mother, a Son, and a Journey of Transformation. The book runs on two converging tracks, Mimi LeMay’s own story and the story of her young transgender son.

Born anatomically female, Jacob knew from the age of three that he was a boy. What We May Become tells how his parents came to realize and honor their son’s gender identity, allowing him to transition at the age of four. We hear a clip from our 2019 interview with Lemay.

Listen to the whole interview