We spend the hour with Howard Mansfield, first talking about his new book, Chasing Eden: A Book of Seekers. It’s about those who long to build a better life for themselves and others.

Then, we replay our 2019 interview with Mansfield about his book The Habit of Turning the World Upside Down. It’s about how American society treats property rights — and who pays the price. 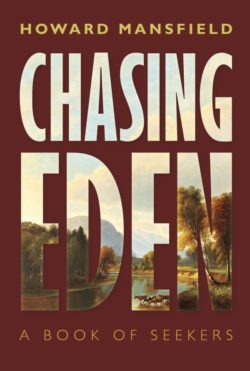 It’s a cliché that America is the place where people reinvent themselves, seeking for a better life for themselves and often others. It’s a theme that, in one way or another, runs through many of Howard Mansfield’s wonderful books.

But in Chasing Eden, out in October 2021 from Bauhan Press, he drills down into the stories of some quintessential American seekers.
They include a young man shepherding the last of the Shakers through their twilight years. An African-American doctor who achieves the American Dream by changing the boundaries of the color line, crossing over and back, rewriting the definition of race. And forty thousand Africans newly freed from slavery in the US, taking possession of the forty acres promised them, only to have their land taken away within months.

Howard Mansfield is the author of some ten books. His articles and essays have appeared in the New York Times, the Washington Post, American Heritage and many other publications.

The Habit Of Turning The World Upside Down (Encore)

(In 2019 Writer’s Voice spoke with Howard Mansfield about The Habit Of Turning The World Upside Down.) 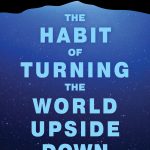 While reporting on citizens fighting natural gas pipelines and transmission towers planned to cut right across their homes, author Howard Mansfield saw the emotional toll of these projects. “They got under the skin,” he writes. “This was about more than kilowatts, power lines, and pipelines. Something in this upheaval felt familiar. I began to realize that I was witnessing an essential American experience: the world turned upside down. And it all turned on one word: property.”

Mansfield’s book The Habit of Turning the World Upside Down tells the stories of Americans living in a time in which everything is in motion, in which the world will be turned upside down, again and again.