We talk with Victor Wooten, co-founder of the band Bela Fleck and the Flectones and author of The Spirit of Music. The book is an inspiring parable of the importance of music and the threats that it faces in today’s world.

Then, we talk with historian David Stebenne about his book, Promised Land: How The Rise Of The Middle-Class Transformed America, 1929 to 1968. 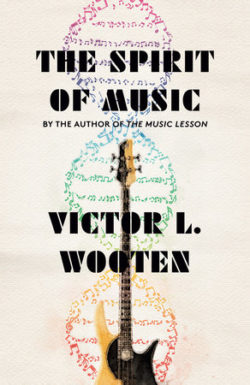 We may not realize it as we listen to the soundtrack of our lives through tiny earbuds, but music and all that it encompasses is disappearing all around us.

Bass guitarist Victor Wooten is a five-time Grammy winner, founding member of the band Bela Fleck and the Flecktones and a teacher of music. So when he says the spirit of music is endangered in the modern world, it pays us to listen.

In his allegorical fable, The Spirit of Music, three musicians from around the world are mysteriously summoned to music capital Nashville, to join Victor in doing battle against the mysterious “Phasers,” whose blinking “music-cancelling” headphones silence and destroy all musical sound.

Only by coming together, connecting, and making the joyful sounds of “live” music can the spirit of music be restored to the world.

Wooten is the author of several books, including The Music Lesson: A Spiritual Search for Growth Through Music. 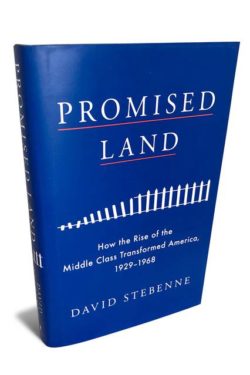 But the prosperity didn’t extend to everyone. With its roots in the New Deal, the building of the middle class depended on political calculations that left out People of Color and single women.

In his new book, The Promised Land, David Stebenne explains how the American middle class ballooned at mid-century until it dominated the nation, shows who it benefited and why and what brought the expansion to an end.

David Stebenne is Professor of History and Law and Ohio State University.