We talk with Geo Maher about his new book, A World Without Police: How Strong Communities Make Cops Obsolete.

Then, we hear the thrilling and hopeful story of a rural community in EL Salvador that took on a global gold mining company — and won. John Cavanagh & Robin Broad tell us about their book, The Water Defenders: How Ordinary People Saved A Country From Corporate Greed. 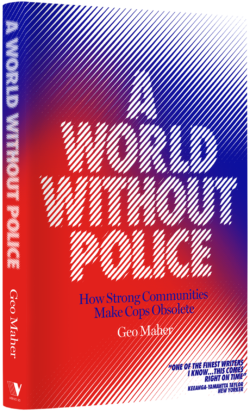 When the world erupted in global protests against police violence in the wake of George Floyd’s murder in 2020, it seemed like finally some real police reform was possible. Calls came to defund the police—even abolish policing—in favor of tackling the roots of crime with social supports.

But a year later, even the most minimal reform, ending the so-called “qualified immunity” that puts police above the law, has been ignored. Police departments are more flush with funds than ever before.

Against this step backward, radical political theorist Geo Maher has written a guide for the way forward to real police reform. In his book, A World Without Police, he brilliantly diagnoses the problem of policing in our society and shows how communities can become safer, stronger, and more democratic by creating beneficial alternatives to policing.

Geo Maher is an organizer, writer, political theorist and Visiting Associate Professor at Vassar College. A World Without Police is his seventh book.

Robin Broad and John Cavanagh
In a world dominated by ever more authoritarian corporate power, it’s a rare event when ordinary people win. 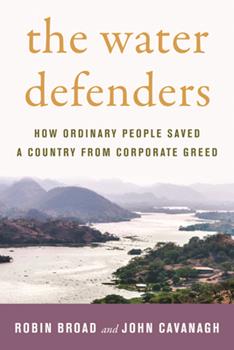 But that’s what happened when a small, peasant community in El Salvador went up against a global mining corporation that wanted to open a gold mine that would have poisoned the country’s main water source.

Robin Broad and John Cavanagh are a husband-and-wife team who have been involved in the Salvadoran gold mining saga since 2009. In their book The Water Defenders, they tell the inspirational story of how the community overcame seemingly insurmountable odds to win not one but two historic victories.

The lessons they draw from the story can inspire those who are fighting to defend our communities and the planet against those who put their profits above our survival.

Broad is an expert in international development and the recipient of two MacArthur fellowships. John Cavanagh is director of the Washington, DC-based Institute for Policy Studies.

Read An Excerpt from The Water Defenders