This week: two novels exploring love, trauma and the legacies of war. Both are based on true stories from World War II.

First, Jai Chakrabarti tells us about his novel A Play for the End of the World. It centers around a play written by Rabindranath Tagore that was put on by orphans in Warsaw just before they were taken to the death camp. Then, the same play is re-staged decades later, in India, as another act of resistance against tyranny.

Then, personal trauma and collective trauma intersect with a love story. We talk with Caroline Lea about her new novel The Metal Heart. It’s set on an Orkney Island during WWII, where Italian prisoners and British islanders find conflict and common ground.

Jai Chakrabarti
It’s New York City, 1972. Jaryk Smith, a survivor of the Warsaw Ghetto, and Lucy Gardener, newly arrived in the city from her southern home town, are in the first bloom of love. Then they get word that Jaryk’s oldest friend from childhood has died under mysterious circumstances in a village in eastern India. 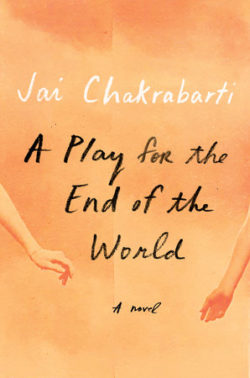 Jaryk travels to India alone to collect his friend’s ashes but soon finds himself enmeshed in efforts to stage a play in protest against the government—the same play, written by the great Rabindranath Tagore, that Jaryk performed as a child in Warsaw as an act of resistance against the Nazis.

Torn between the survivor’s guilt he has carried for decades and his feelings for Lucy, Jaryk must decide how to honor both the past and the present, and how to accept a happiness he is not sure he deserves.

Jai Chakrabarti’s short fiction has appeared in numerous journals and has been anthologized in The O. Henry Prize Stories, The Best American Short Stories, and awarded a Pushcart Prize. A Play for the End of the World is his first novel.

Caroline Lea
On a remote island in the Orkneys off the Scottish coast there still stands an ornate Catholic chapel built by Italian prisoners of war during WWII. 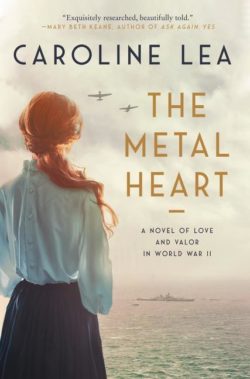 In reality, the island was uninhabited before the prison camp was built. But in Caroline Lea’s haunting new novel The Metal Heart, the island is home to a few hardy souls. Among them are the orphaned twin sisters Dorothy and Constance.

Where their neighbors see bloodthirsty enemies, the sisters see sick and wounded men and volunteer to nurse them. Dorothy finds herself drawn to one of them, a young man named Cesare. The two fall in love, testing the sisters’ loyalty to each other and to their community.

In her imagining of a story based on the sparse historical record of the prison camp, Caroline Lea explores the themes of trauma, both personal and historical and the capacity of the human heart to transform suffering into compassion.

Caroline Lea is the author of two previous novels, The Glass Woman and When The Sky Fell Apart.

Read or Listen to an excerpt from The Metal Heart

Next week on Writer’s Voice, we talk with Geo Maher about his book A World Without Police and the great novelist Ruth Ozeki tells us about her latest, The Book of Form and Emptiness. Don’t miss it!