We talk with Ross Barkan about his book, The Prince: Andrew Cuomo, The Coronavirus & The Fall of New York. We also get an update from him after the release of New York Attorney General Leticia James’ bombshell report about Cuomo’s sexual harassment of young female staffers and the toxic workplace environment that enabled it.

Then, how does it actually work that the superrich all too often pay little to no taxes? We talk with Chuck Collins about his book, The Wealth Hoarders: How Billionaires Pay Millions To Hide Trillions.

Writer’s Voice — in depth progressive conversation with writers of all genres. On the air since 2004. Rate us or leave us a review on your podcast app!

Ross Barkan
When we spoke a few weeks ago with Ross Barkan about his expose of New York Governor Cuomo’s disastrous handling of the COVID19 pandemic in the state, we didn’t know that we would be airing the show the same week that NY Attorney General Leticia James would come out with a bombshell report about Cuomo’s sexual harassment of young female staffers and the toxic workplace environment that enabled it. 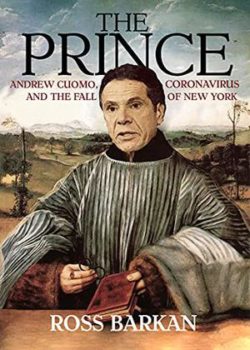 But while the world is focussed right now on Cuomo’s predilection for preying on women, serious as it is, there is another area where the NY governor’s megalomania has had far more drastic consequences—life and death consequences—for thousands of New Yorkers.

That’s his catastrophic handling of the coronovirus pandemic in New York. Because, contrary to popular belief, Andrew Cuomo was not the masterful COVID hero he was made out to be by an adoring public and fawning press. That was largely based on his performative posturing during his daily COVID briefings in the early months of the pandemic.

In fact, as Ross Barkan brilliantly lays out in his book, The Prince, Andrew Cuomo’s arrogance, corruption and incompetence led to the deaths of many more New Yorkers than might have occurred if he had simply followed the science, the counsel of the public health community, or even the example of some other governors, like Jay Inslee in Washington State. Or if he hadn’t so shredded the health care safety net in New York State already for years prior to the pandemic’s rise.

Ross Barkan is an award-winning journalist and novelist. He is a columnist for the Guardian and Jacobin, as well as a contributor to the Village Voice, The Nation, and Gothamist/WNYC. We spoke with him in mid-July and then again on August 4, for an update after the New York AG’s bombshell report.

Read an excerpt from The Prince 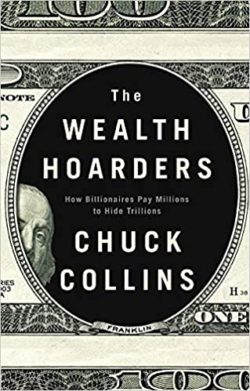 Business mogul and convicted felon Leona Helmsley once said, “We don’t pay taxes; only the little people pay taxes”. Jeff Bezos, the richest man in the world, has had years where he paid zero taxes.

How do billionaires like Bezos, Elon Musk, Donald Trump and others dodge taxes while the burden of keeping the government up and running falls on the merely well-off and below?

That’s what Chuck Collins sets out to explain in his book The Wealth Hoarders: How Billionaires Pay Millions To Hide Trillions.

Chuck Collins is the Director of the Program on Inequality and the Common Good at the Institute for Policy Studies, where he co-edits Inequality.org.