We also hear a sneak preview of our interview with recycling maven Jennie Romer about her book Can I Recycle This?

Joseph Illidge
Our tagline for Writer’s Voice is “in-depth conversation with writers of all genres” but, truth be told, there are some genres the show is pretty light on—romance novels, for example. Another one that we seldom cover (although more than romance) is comic books. 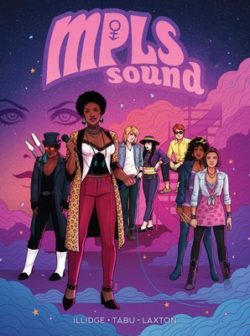 Over the years, we’ve talked with Art Spiegelman, Ted Rall and others writing graphic novels on political or historical themes, but not the super hero region of the genre.

Well, in this episode, we right that wrong. We have a conversation with one of the most innovative and important figures in the field of superhero comics, Joseph Illidge.

He was the first Black editor of the Batman series and, throughout his career, he’s worked to bring diverse voices of many kinds to superhero comics, including gay superheroes, disabled superheroes, women and People of Color.

Joseph Illidge is a comic book writer and editor who has been working with DC comics and Warner Bros for more than 20 years. He is a public speaker on the subjects of race, comics and the corporate politics of diversity. He helped to launch “Catalyst Prime”, the multicultural superhero comic book imprint and is the co-author of MPLS Sound, a graphic novel. In addition to his other work, he is Executive Editor for Heavy Metal, an illustrated magazine for science fiction, fantasy, and horror.

We play a sneak preview of our upcoming interview with Jenny Romer, environmental lawyer and recycling activist, about her book, Can I Recyle This?