Parkinson’s disease. It’s an epidemic—and growing. We talk with Dr. Michael Okun about the book he co-authored, Ending Parkinson’s Disease: A Prescription for Action. He tells us about symptoms, causes, and new treatments.

But first, we talk with novelist Lionel Shriver about her latest foray into burning questions for our times. This one asks, as per its title, Should We Stay Or Should We Go. Should we cut our lives short before reaching possible decrepitude or should we stick around for come what may?

Lionel Shriver
Once you reach a certain age, you start thinking about the end. Especially if your parents’ Golden Years turned out be depressingly tarnished. Some people want to take their fate into their own hands, but is that even possible? 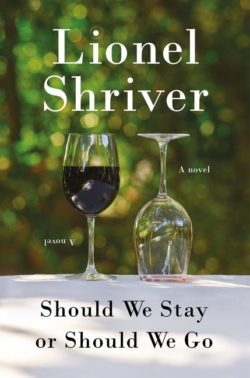 In her new novel Should We Stay Or Should We Go, Lionel Shriver takes a deep dive into whether we can take control of our deaths—and should we?

The couple at the center of her story make a pact to take their lives when the younger partner, by one year, reaches 80. Shriver writes twelve alternate outcomes to that decision—almost every possible scenario—to explore the vicissitudes of fate, chance and contemporary society’s attitude toward death.

Lionel Shriver’s fiction includes The Mandibles; Property; the National Book Award finalist So Much for That; and the international bestseller We Need to Talk About Kevin, which was made into a film starring Tilda Swinton. She’s also a journalist who has written for many publications.

She’s been on Writer’s Voice before, most recently in 2013, talking about her novel, BIG BROTHER.

Brain diseases are now the world’s leading source of disability. The fastest growing of these is Parkinson’s: the number of impacted patients has doubled to more than six million over the last twenty-five years and is projected to double again by 2040. 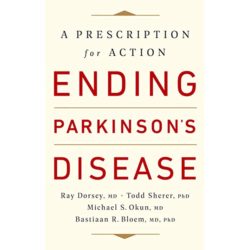 Harmful pesticides that increase the risk of Parkinson’s continue to proliferate, many people remain undiagnosed and untreated, research funding stagnates, and the most effective treatment is now a half century old.

Dr. Michael Okun is among the world’s foremost experts in Parkinson’s disease, both as researcher and clinician. He’s teamed up with three other leading experts in the field in a new book, Ending Parkinson’s Disease. Together with Drs. Ray Dorsey, Todd Sherer & Bastiaan Bloem, Dr. Okun shares their plan to help prevent Parkinson’s, improve care and treatment, and end the silence associated with this devastating disease.

Dr. Michael Okun has served as the National Medical Director for the Parkinson’s Foundation since 2006, and was recognized in a 2015 White House ceremony by the Obama administration as a Champion of Change for Parkinson’s Disease.

Resources from the Ending Parkinson’s campaign

Next week on Writer’s Voice

We talk with Ann Armbrecht about her groundbreaking book about the herbal supplement industry, The Business of Botanicals. We also learn all about recycling from Jenny Romer. Her book is Can I Recycle This?
A Guide to Better Recycling and How to Reduce Single-use Plastics. Don’t miss it!