We talk with naturalist, author, and award-winning wildlife filmmaker Paul Rosalie about how a real life encounter with a tiger turned into a page-turner of a novel. His book is The Girl And The Tiger.

But first, we explore the relationship of water to people and people to water. We talk with journalist and historian Jim Rousmaniere about his book Water Connections.

Jim Rousmaniere
Water: we can’t live without it. But how should we live with it in a time of climate disruption? 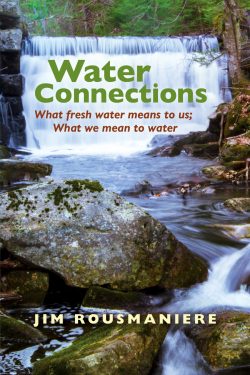 In his book Water Connections, Jim Rousmaniere explores how bodies of water have been affected by changes in technology, economic values, new forms of pollution, new ideas about nature and the unintended consequences of human action.

The book is as much about people as it is about water, with stories about conservationists, artists, government officials, water power people, fishermen, scientists and ordinary citizens.

Jim Rousmaniere had a 43-year career in journalism. He reported on economics for The Baltimore Sun before being named editor at The Keene (NH) Sentinel. He lives in Roxbury, New Hampshire.

Paul Rosalie
When a girl named Isha sent naturalist and author Paul Rosalie an email asking him what to do about two tiger cubs in India, he was in the Amazon and unable to respond. 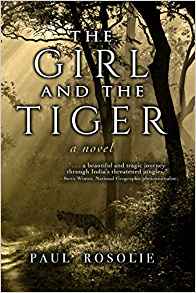 But the question stayed with him. He had spent time in the ever-shrinking forests of India where there are few places left for a tiger to hide. He has seen the war man has waged on those forests and the creatures in them. He’s witnessed the wrenching conflicts between conservationists, developers, and the tribal forest people stuck in between.

So Rosolie decided to write a novel about it. The Girl and the Tiger is about a courageous teenager’s crusade to save a tiger from capture and bring her to one of the last wild places in India.

Paul Rosolie is a naturalist, explorer, author, and award winning wildlife filmmaker. For the past decade he has specialized in threatened ecosystems and species in countries like Indonesia, Brazil, India, and Peru. In addition to The Girl and The Tiger, Paul Rosalie is also author of a memoir of a journey into the Amazon, Mother of God.