We talk with Jayson Greene about his memoir of losing his two year old daughter to a freak accident, Once More We Saw Stars.

Then, we talk with writer Mitchell S. Jackson about his memoir of growing up in an African-American community in Portland Oregon, Survival Math. 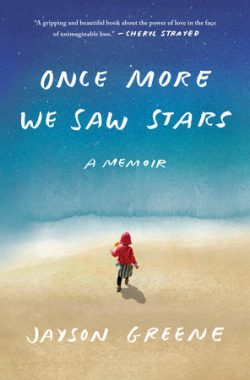 It’s every parent’s nightmare: a freak accident that takes the life of their child. That’s what happened in 2015 to Jayson Greene and his wife Stacy when a brick came loose from the facade of a building and struck and killed his two year old daughter Greta.

Once More We Saw Stars is Greene’s memoir of the event and its aftermath The New York Times called it “a narrative of grief and acceptance that is compulsively readable and never self-indulgent.”

The book takes the reader through the decisions Jayson and Stacy had to make: to take Greta off life support, to donate her organs, to balance the needs of daily life with overwhelming grief, to find a way to support each other, and finally, to have another child.

Through it all, a kind of hard, exacting grace is found, as much because of the tragedy as in spite of it. Once More We Saw Stars is a remarkable book.

Jayson Greene is a contributing writer and former senior editor at Pitchfork. His writing has appeared in The New York Times, Vulture, and GQ, among other publications. Once More We Saw Stars is his first book. 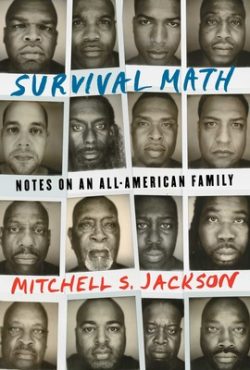 This past week, the white supremacist group the Proud Boys held a march in Portland, Oregon, where they were vastly outnumbered by anti-fascist protestors. Oregon is no stranger to white nationalism: in fact, the territory was founded as white racist utopia.

When it was granted statehood in 1859, Oregon was the only state in the Union admitted with a constitution that forbade black people from living, working, or owning property there. It was illegal for black people even to move to the state until 1926.

Portland is regarded as a bastion of liberalism, but when Mitchell S. Jackson was growing up there in the 1980s, his neighborhood was beset with poverty, crime and drugs while city officialdom seemed indifferent.

Mitchell’s memoir Survival Math takes its name from the calculations he made to survive the Portland, Oregon of his youth. It’s been called a “dazzlingly written reckoning and an essential addition to the national conversation about race and class.”

In addition to Survival Math, Mitchell S. Jackson is the author of the 2013 novel The Residue Years, as well as Oversoul, an ebook collection of essays and short stories. He is a Whiting Award recipient and former winner of the Ernest J. Gaines Award for Literary Excellence.

(Note: the interview with Mitchell Jackson had to be recorded from a cell phone call. The sound is clear, if tinny.)

Listen to an audio excerpt from Survival Math