Lucy Hughes-Hallett tells us about her novel Peculiar Ground (Harper Collins). Set on an English country estate modeled on the one the author grew up on, it travels between the centuries to examine the theme of putting walls up and breaking them down.

Then, Morgan Babst’s novel The Floating World (Algonquin Books) examines the moral quandaries that arise in the wake of Hurricane Katrina. 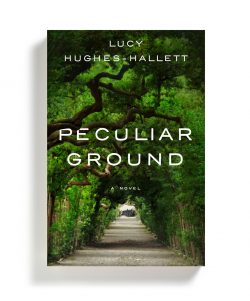 Lucy Hughes-Hallet had already achieved renown as a biographer when she decided to turn her literary talents to writing a novel. Author of an acclaimed biography of Gabriele D’Annunzio, Hallet is adept at using history to illumine important lessons for today.

Yet that wasn’t her intention when she started her novel Peculiar Ground. But then contemporary events caught up with some of novel’s major themes.

As a review in the Guardian wrote, “Peculiar Ground is concerned with walls and borders, and the significance of land – what it means to appropriate it, to enclose it, to fence certain people in or out; ideas that feel particularly pertinent in the present.” The novel as been described by reviewers as ‘subtle’, ‘compelling’, and ‘powerful’.

Set on an English country estate in Oxfordshire, and moving between 17th century Restoration England and the second half of the twentieth century, Peculiar Ground tackles themes of class privilege, rebellion and competing notions of our relationship to Nature in a richly detailed, multi-voiced narrative.

Read an excerpt from Peculiar Ground 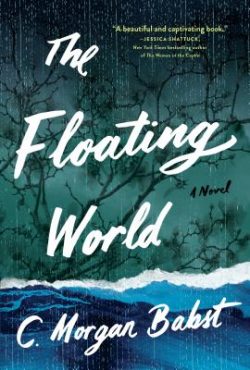 Hurricane Katrina was a natural disaster but so much of the damage it caused was a result of human action or inaction. That’s true on a large scale — decisions about climate change, levy maintenance and evacuation orders, for example.

But it’s also true on an individual scale, as survivors tried to cope with the catastrophe unfolding around them, with uneven results.

Morgan Babst was a resident of New Orleans when Katrina threatened. She evacuated to New York City and stayed there for years before returning to New Orleans. The Floating World arose at least partly from her survivor’s guilt for having escaped the deluge.

Beautifully written, her novel examines a family (grandfather, two parents — one white, one black — and two adult children) whose members each have a very different way of coping with the disaster.

The Floating World was  a New York Times Book Review Editors’ Choice and was named a Best Book of 2017.

Read an excerpt from The Floating World