Feminist sociologist and gender researcher Michael Kimmel talks about the “aggrieved entitlement” of so many white men in America. His book is Angry White Men: American Masculinity at the End of an Era. Then, we look at the rise of rape culture in America with Kate Harding. Her book is Asking For It: The Alarming Rise of Rape Culture–and What We Can Do About It.

It’s no secret that a lot of white men are angry — the popularity of right wing radio hosts like Russ Limbaugh and the rise of anti-feminist men’s rights groups are symptoms of a toxic rage brewing among many of the country’s white males. It’s a rage being tapped by Donald Trump’s presidential campaign, to mention just one politician who exploits the trend. What’s at the root of all this rage? 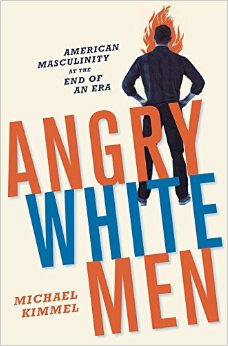 , sociologist Michael Kimmel says white men — especially those in the lower middle class — feel betrayed. The good jobs they expected as their birthright have gone away. Gender roles are changing, challenging the traditional rights of men in the family and the courts.

Kimmel says many men fall prey to a sense of “aggrieved entitlement,” thinking that their country, their jobs, are being taken away from them — as if the country and those jobs belonged exclusively to them. They don’t see the benefits that equality can bring and are stuck in the past, nursing their resentment.

Michael Kimmel has been writing about masculinity for many years. His books include Men’s Lives, co-authored with Michael Messner, Manhood In America, and Guyland. Angry White Men is out from Nation Books. He teaches sociology and gender studies at Stony Brook University. 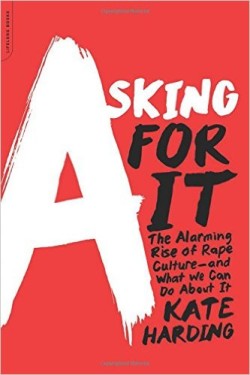 Within the first few weeks of her freshman year at college, Kate Harding was raped. She was far from alone. Statistics on campus rape, like rape in general, vary, but between 11% and 25% of female college students have been the victims of unwanted sexual assault. For women in general, an oft-cited figure is 1 in 6 women. But many rapes go unreported.

Harding says the myths about rape — that women “wanted it” or are lying about being assaulted or were dressed provocatively, so they were just “asking for it” — contribute to a rape culture in the U.S. where sexual assault is minimized or explained away.

The proliferation of pickup artists sites and anti-women internet trolls contribute to a culture that normalizes rape, not to speak of pop culture glorifying assault on women.

It’s so bad, in fact, that Harding wonders how so many boys grow up not becoming rapists. Her book, Asking For It, explodes the rape myths and suggests what we can do to make society a safer place women and girls.

In addition to Asking For It, Kate Harding co-wrote The Book of Jezebel with Anna Holmes and Amanda Hess and collaborated with Marianne Kirby on Lessons from the Fat-o-Sphere.