Bob Herbert talks about his penetrating new book, Losing Our Way: An Intimate Portrait of a Troubled America. It connects the dots between our crumbling infrastructure, the jobs crisis, mass defunding of public education and the multi-trillion dollar tab for ongoing wars to explain why America is falling apart.

And former New York Governor Mario Cuomo was buried this week to throated praise for his liberal legacy. But how liberal was that legacy, really? Investigative reporter Greg Palast talks about the two Marios he knew and worked for: the golden throated defender of the working man and the back room dealer.

The American dream is falling apart. So is America itself. Crumbling infrastructure, a jobs crisis, mass defunding of public education and a multi-trillion dollar tab for ongoing wars — this is the picture of a society in free fall. Former New York Times columnist Bob Herbert connects the dots between these issues in his book Losing Our Way: An Intimate Portrait of a Troubled America. Diane Ravitch called it the “most important book of 2014.” 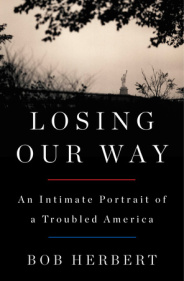 Herbert set out on a journey across country to find out what’s happened to America — and why. His book follows the stories of people who lives illustrate the crises that confront all Americans save for those at the very top.

Bob Herbert was a longtime op ed columnist for the New York Times. He left the paper in 2011 to become a Distinguished Senior Fellow at the think tank, Demos.

Read an excerpt from Losing Our Way

Former New York Governor Mario Cuomo was laid to rest in New York City on January 6. In an obituary, The New York Times cited Cuomo’s role in the closing of Long Island’s Shoreham nuclear power plant in 1989 as one of his major accomplishments. But investigative reporter Greg Palast, saw another side of that story, as he wrote about this week in an online post, “A Tale of Two Cuomos.” 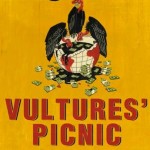 Palast advised Cuomo and the New York State Legislature as the decision was made to close Shoreham and to take over the private Long Island Lighting Company or LILCO. The experience showed him that there were two Marios: the liberal lion and the back room politician, who cut deals for powerful corporate interests.

Greg Palast writes for the Guardian and is the author of numerous books, including The Best Democracy Money Can Buy and Vulture’s Picnic. Palast wrote about the Shoreham Nuclear plant affair in his last book, Vulture’s Picnic. We spoke with him about that book in 2011, but didn’t get to that story.

Hear our interview with Greg Palast about Vulture’s Picnic