How safe are our national parks, especially for women hikers?

Not safe enough, says Kathryn Miles. We talk with her about her book Trailed: One Woman’s Quest to Solve the Shenandoah Murders. It’s about the murders of two remarkable women in 1996, a botched investigation and the failure by the National Park Service to take the safety of women hikers seriously.

Then, as 2022 is slated to experience a severe hurricane season, we revisit our 2015 conversation with Kathryn Miles about her book about Hurricane Sandy, Superstorm.

Rate us on your favorite podcast app! It really helps others find our show. And like us on Facebook at Writers Voice Radio or find us on Twitter @WritersVoice. 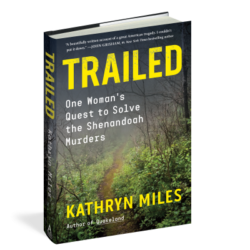 When journalist and author Kathryn Miles began looking into the case, she found conflicting evidence, mismatched timelines, and details that didn’t add up.

An innocent man, Miles is convinced, has been under suspicion for decades, while the true culprit is a known serial killer Miles says authorities should investigate.

But Trailed is more than a gripping true crime story. It’s a plea to make wilderness a safer space for women and to change the cultural narratives that put them at risk.

Kathryn Miles is the author of, among other books, Quakeland and Superstorm. 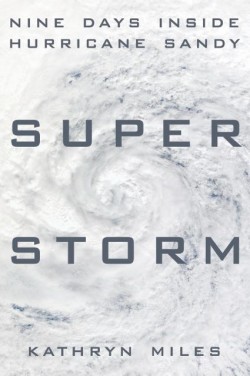 Scientists say that climate change is driving the giant storms that are ever more frequently battering the East and Gulf Coasts of the US.

It’s been ten years since one of them hit: Superstorm Sandy. It was the deadliest, most destructive, and strongest hurricane of the 2012 Atlantic hurricane season.

Kathryn Miles wrote the first complete account of what happened during the nine days of Sandy’s life, Superstorm. I spoke with her about the book in 2015.