This week on Writer’s Voice, we talk with historian Philip Dray about his book, A Lynching at Port Jervis: Race and Reckoning in the Gilded Age. It’s about how the nation was shocked when a local Black man was lynched in 1892 in the supposedly enlightened North. Despite the shock, no one was held to account.

Then, classics scholar Natalie Haynes tells us about her feminist interpretation of the ancient Greek myths and plays. Her book is Pandora’s Jar: Women In The Greek Myths. 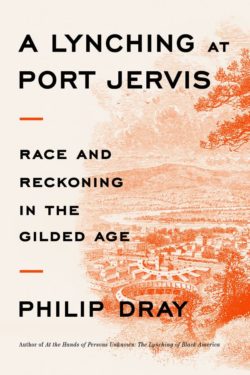 Today, it’s a terrible truth that the assault on the lives of Black Americans is neither a regional nor a temporary feature, but a national crisis. Just last week, a self-described fascist and white supremacist murdered 10 Black shoppers in Buffalo, New York.

130 years ago, a mob in Port Jervis, New York lynched a local Black man when he was accused, like so many lynching victims, of sexually assaulting a white woman. A charge that was never proved.

That lynching shocked New Yorkers—they thought their state was too enlightened to lynch a Black man. But no one was held to account for the murder.

In A Lynching At Port Jervis, Philip Dray revisits that time and place, and draws lessons that are as relevant to us today as they were more than a century ago.

Philip Dray is the author of several books of American cultural and political history, including At the Hands of Persons Unknown: The Lynching of Black America, which won the Robert F. Kennedy Book Award and was a Finalist for the Pulitzer Prize, There is Power in a Union: The Epic Story of Labor in America, and Capitol Men: The Story of Reconstruction Through the Lives of the First Black Congressmen. 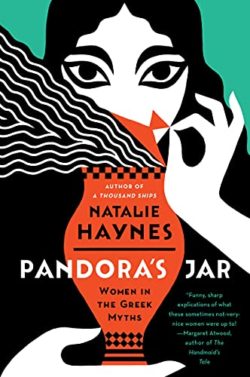 We all learned that Pandora was the woman who unleashed all the evils into the world. (Evil woman, that tired old trope.) But what if the original story was different? What if it was much more benign? And why did the story change so much over the centuries?

Natalie Haynes has written an entertaining and meticulously researched book that argues women in the Greek myths were much more complex, interesting and powerful human beings than later men gave them credit for. Her book is Pandora’s Jar: Women In The Greek Myths.

Natalie Haynes is the author of six books, including the bestselling A Thousand Ships, which was shortlisted for the 2020 Women’s Prize for Fiction. She is the host of the BBC program, Natalie Haynes Stands Up for the Classics. Haynes has written for the Times, the Independent, the Guardian and the Observer.