We talk with Lumah Mufleh about her spellbinding book, LEARNING AMERICA: One Woman’s Fight for Educational Justice for Refugee Children.

Then, for Earth Day, we re-air our 2017 interview with NASA climate scientist Peter Kalmus about his book, Being the Change.

Luma Mufleh
The global refugee population has more than doubled in the past decade. Over 83 million people have been forced to leave their homes — and that’s before Russia’s genocidal war on Ukraine that’s creating a tidal wave of additional refugees. 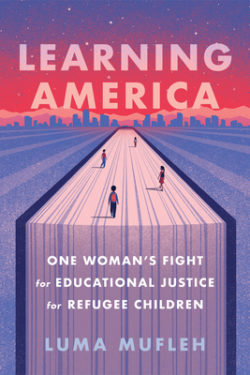 Their problems aren’t over even when—or if— they receive asylum in another country. Prejudice and resentment combine with indifference or worse to isolate refugees and thwart their chances for success.

In the US, kids who may be unable to read in English—or in any language due to having grown up without schooling—are thrown into inferior schools where their academic and social needs are ignored.

Lumah Mufleh decided to do something about it. She is a refugee herself. As a gay woman, she faces the death penalty if she returns to the country of her birth, Jordan. Her book Learning America is a gripping account of her fight for educational justice for refugee children. She is the founder and director of “The Fugees”, a non-profit organization devoted to working with child survivors of war.

Mufleh’s vision began as a soccer team and tutoring program, but has grown to include schools serving high school and middle school students in Clarkston, Georgia and Columbus, Ohio and has a program to train school districts in the Fugee approach. 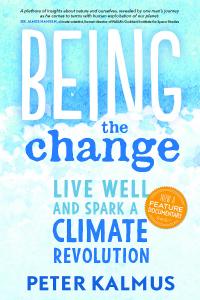 On April 6, NASA climate scientist Peter Kalmus was arrested after chaining himself to a Chase Bank. The action was part of global protests staged by Scientist Rebellion after the release of the most dire UN climate report ever.

We spoke to him in 2017 about his book Being The Change, which explores the connections between our individual daily actions and our collective climate predicament. We air that interview again in honor of Earth Day.