Shaun King tells us about his life as a Black Lives Matter activist, what he’s learned about making change happen and how you can make change happen too. His book is Make Change: How to Fight Injustice, Dismantle Systemic Oppression, and Own Our Future.

Then we have a sneak preview of our interview with investigative reporter Greg Palast about his new book How Trump Stole 2020: The Hunt for America’s Vanished Voters. We’ll play the whole interview next week.

It’s just over six years since Eric Garner was murdered by police in New York City. And we’re coming up on the sixth year anniversary of Michael Brown’s murder at the hands of the police in Ferguson, Missouri, a suburb of St. Louis, Missouri. 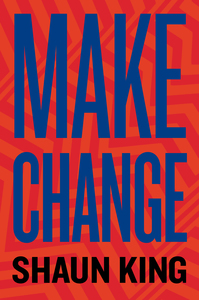 On August 4, Cori Bush, a Black Lives Matter activist from St. Louis won her primary for election to a safely Democratic seat in the House of Representatives. Barring unforeseen circumstances, she’ll be in Congress in January.

Cory Bush’s victory comes at a time when people all over the country are in the streets to support the BLM movement. She may owe part of her victory to that widening awareness. But that awareness did not spring up spontaneously. It is the fruit of six years of organizing. Of persistence in spite of failures, of hard lessons learned.

One of the leaders of that movement is Shaun King. He became a Black Lives Matter activist when Eric Garner was murdered.

King has just come out with his first book, Make Change. A terrific read, it combines gripping memoir with clear and cogent advice on, as the subtitle puts it, “How to Fight Injustice, Dismantle Systemic Oppression, and Own Our Future.” 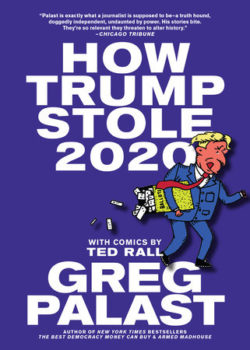 Greg Palast has been on the voter suppression beat for more than a decade. And over that time, things have just gotten worse.

He’s out with a new book with a really scary title: How Trump Stole 2020: The Hunt for America’s Vanished Voters.  In it, he outlines the ways that Trump, the GOP and the Supreme Court are trying to rig the election for Trump — and how we can fight back and protect our vote.

In this episode, we only have time for the first ten or so minutes of our interview, but we’ll play the whole conversation next week.