We talk with poet Deborah Paredez about her new volume of poetry, Year of the Dog. It bears powerful witness to the legacy of war, violence and the struggle for social justice.

Then, whither the Left in a moment of institutional meltdown? We talk with writer, activist and Iraq War veteran Vincent Emanuele about his article in Counterpunch, The New Normal: Cascading and Multilayered Crises. 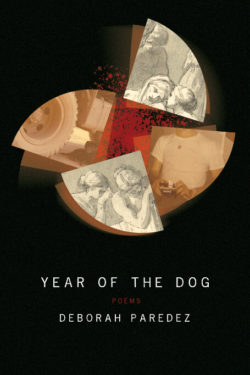 In a time of crisis, like our current pandemic, poetry becomes essential to our survival. Nothing illustrates this better than the poetry of Deborah Paredez.

In her new poetry collection, Year of the Dog, Paredez witnesses with a spare and eloquent ferocity the injustices of our time and the courage of those who contest them.

Paredez’ view is intensely personal and also broad, historical, and contextual. In this episode, we get to hear her read her poems and discuss them.

Deborah Paredez is a poet and scholar whose lectures and publications examine Black and Latinx popular culture, poetry of war and witness, feminist elegy and cultural memory. She is co-founder and co-director of Canto Mundo, a national organization for Latinx poets and is a professor at Columbia University. 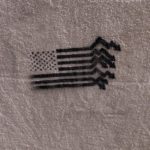 The COVID19 pandemic has exposed deep fissures and failures in our society: the catastrophe of our private health care system privileging profit over preparation for disaster; the cruel inequities that condemn the poor, the homeless, prisoners, and above all black and brown people to much higher risk of death from the virus; and the flagrant disregard for the safety of essential workers by corporate owners.

And that’s just a start. We’ve seen our voting system being discarded as an afterthought by the Supreme Court and State Legislatures from Wisconsin to New York. We’ve seen a presidency and a Congress who care more for the survival of the privileged few than the people they were elected to serve. It’s a bipartisan epic fail.

In his April 9 article for Counterpunch, The New Normal: Cascading and Multilayered Crises, activist and Iraq War veteran Vincent Emanuele explores the roots of our institutional meltdown, the current situation, dire prospects for the future and how the Left should respond.

Vincent Emanuele is a writer, activist and Iraq War veteran. He’s a member of Veterans for Peace.