We talk with Ashton Applewhite about her manifesto against ageism, This Chair Rocks.

If we’re really lucky, we all get old. So why is ageism the last accepted bigotry? And what does it cost us as a society? Plenty, it turns out.

In her book, This Chair Rocks, Ashton Applewhite says discrimination against older people costs our economy some many billions of dollars a year. It drives up medical costs, while subjecting elders to substandard care.

Ageism on the job not only hurts elders but also robs workplaces of valuable productivity. It also turns the generations against each other, instead of bringing families together to solve the problems that hurt all of us.

Applewhite says It’s time to fight back against ageism, just as we fight against racism, sexism and LGBTQ prejudice. She is on a mission to help catalyze a movement to make discrimination on the basis of age as unacceptable as any other kind.

To that end she runs the blogs This Chair Rocks and Yo, Is This Ageist?, led the team that developed a clearinghouse of anti-ageism resources, speaks widely on ageism, and, of course, wrote the book. 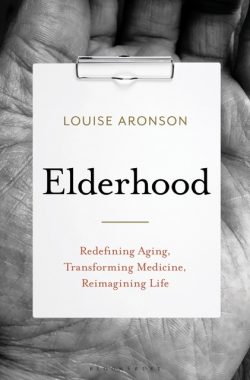 Dr. Louise Aronson has been thinking about ageism throughout her career working as one of all-too-few geriatricians in America.

In her book Elderhood, she uses stories from her quarter century of caring for patients, and draws from history, science, literature, popular culture, and her own life to weave a vision of old age that’s neither nightmare nor utopian fantasy.

Dr. Louise Aronson is a practicing geriatrician and professor of medicine at the University of California, San Francisco, where she currently leads the campus-wide Health Humanities and Social Advocacy Initiative.

She’s also the author of A History of the Present Illness, which was a finalist for the Chautauqua Prize and the PEN America debut fiction award.